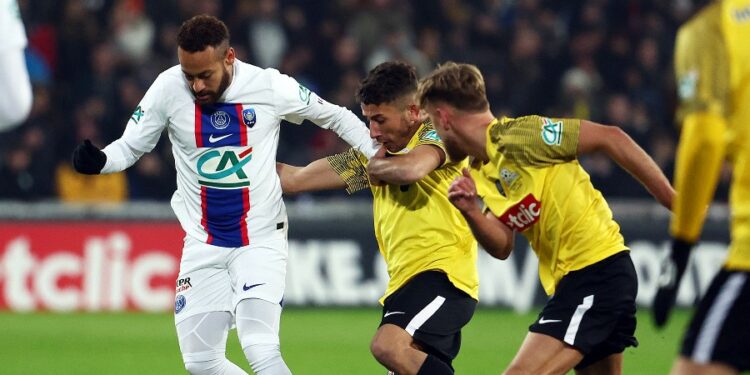 Targeted on social networks, Neymar was able to count on the support of the captain of the Pays de Cassel.


Neymar’s ears whistled after the Coupe de France match against Pays de Cassel. The fault of his attitude towards the Petit Poucet of the competition. His blows to Regional 1 players and his celebration – the same for many months – have thus been singled out.

Questioned in the columns of ParisianAlexis Zmijak, the captain of the amateur club nevertheless restored some truths. “They were all cool. Even Neymar, who was criticized on social networks for his behavior towards us. Yes, he has a game to take hits, in quotes. But in the end, he’s a really good guy. He gave away his two game shirts. And in the end, he even offered his down jacket to my daughter because, precisely, he had no more jersey, “ confided this Parisian supporter and member of the Collectif Ultras Paris (CUP).

“We also had a moment to get autographs and other shirts in front of their locker room. Marquinhos was adorable, as he went to get a Renato Sanches jersey for one of our players who hadn’t had anything., he explained. He had been able to recover Kylian Mbappé’s jersey from the break, as he had dealt with the Parisian striker when signing the match sheet. “He didn’t fuss, and above all kept his word,” he confides. It corresponded to the image I had of it. The guy is nice, cool, relaxed, because he is super efficient behind. »

France-Argentina: Heavy accusations against the Argentines!

France-Argentina: Heavy accusations against the Argentines!