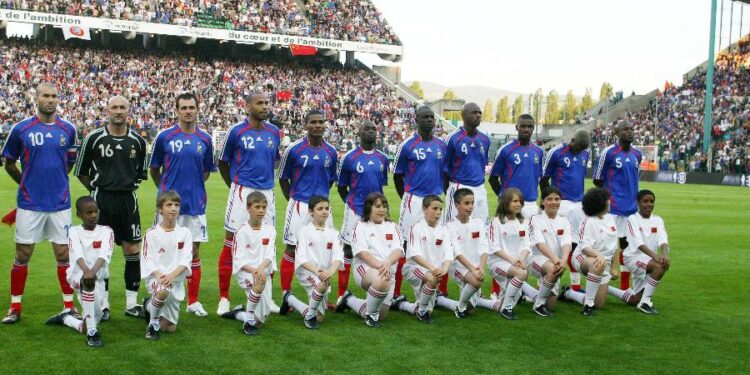 Intractable defender, Lilian Thuram was not sparing his teammates in training where he was as rough as in match.

Withdrawn from the field for two years, the fault of a pain in the hip which precipitated his retirement, Djibril Cissé cannot help but wonder what his career would have been without the two terrible leg injuries in his best years. . In 2004, while playing for Liverpool, the former Auxerrois suffered a double fibula tibia fracture.

The native of mentioned this injury against Olivier Dacourt in the report The Twilight of the Champions broadcast on Canal +. And for the former tricolor international, this injury was incomprehensible. “Blows like that, I received the worst. You know, we rubbed shoulders in the national team. You know the treatment of Lilian (Thuram), the treatment that Tutu reserved for me. I took hundreds of them like that”he confided.

I say to Lilian “We are waiting a bit, not this match. »

The tricolor striker had finally thwarted the predictions by returning four months later on the occasion of the Champions League shock against Juve. But the prospect of facing Fabio Cannavaro and Lilian Thuram ” exactly “ made him fear the worst when he entered the game in the 70th. Evidenced by the anecdote given by Djibril Cissé. “Who is behind? Lilian, he said. And I swear to you, it’s starting to come back. The same guy who told me ‘I’m going to show you what football is.’ I tell Lilian ‘We’re waiting a bit, not this game.'”

But in the end, the Reds striker was quickly reassured. “There is a long ball deep. I go there and I see Cannavaro arriving, ready to send me to the seventh stand. I tell myself I’m going. The test is there. If it passes, it passes and if not… He puts a tampon on it, I fall, I roll, I roll… And there, I say to myself, it’s good”