Florian Thauvin failed at the entrance to the training center 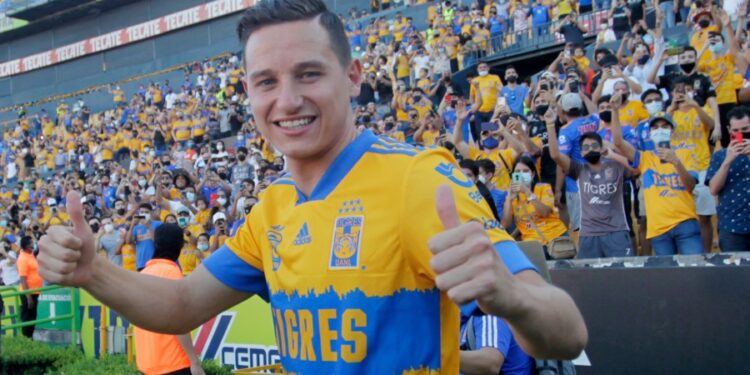 Thanked by the Tigers despite a contract that runs until 2026, Florian Thauvin does not intend to let it go.


Florian Thauvin’s adventure with the Tigers turns sour. On Monday, the Mexican club announced the termination of the 2018 world champion’s contract. “Club Tigres informs that the decision has been taken to terminate the contractual relationship with the player, Florian Tristán Mariano Thauvin. We thank Florian for the effort and professionalism he has shown throughout the year and a half he has spent with us and wish him much success in his future endeavours,” thus informed the Tigers.

A decision visibly taken unilaterally in particular to free up a place for the Argentinian Nico Ibanez, who recently arrived at the Monterrey club. The number of players not trained in Mexico is indeed limited and the Tigers therefore had to sacrifice one of its foreign players.

But Florian Thauvin does not want to stop there. According to ESPN, the former Marseillais indeed showed up on Tuesday at the Tigers training center, a little before 9:30 a.m. The Frenchman was accompanied by his lawyer and was refused access to the training center. André-Pierre Gignac tried to play the intermediary, discussing briefly with his compatriot before talking to his leaders.

For his part, the native of Orléans, who came to have his impossibility to exercise his profession noted, quickly left. The legal battle between Florian Thauvin and the Tigers is probably just beginning.

Paul expects Djokovic in half