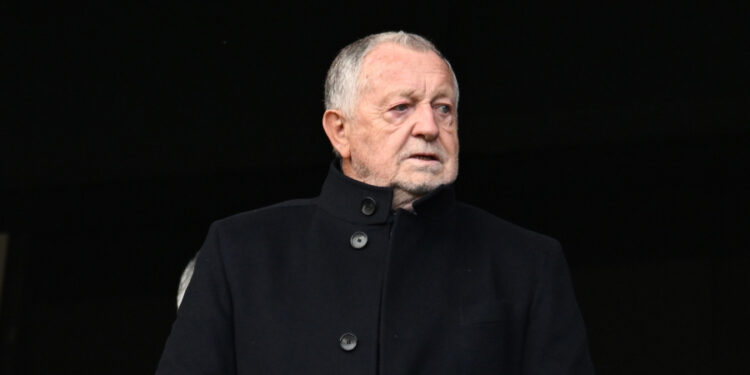 
Olympique Lyonnais is in trouble. On the ground, where the Gones must in particular be satisfied with a ninth place in the Ligue 1 standings, as behind the scenes as evidenced by the difficulties of the Rhone club since the start of the winter transfer window. According to the Brazilian press, João Gomes, who was one of the Lyonnais’ priorities this winter, would have said no to John Textor, favoring the track leading to Wolverhampton.

While Les Gones could also lose Malo Gusto, courted by Chelsea, despite the lack of an alternative in the right lane, OL are busy finding a plan B. Many leads have been mentioned in the press. . Daniel Riolo relayed two astonishing ones on Tuesday. “It seems that OL are thinking of Thauvin or B. Traoré…”, he wrote. The opportunity to attack the Lyon leaders. “I don’t know who is thinking of OL, but at this stage, we will have to stop thinking, the situation at this club is more worrying every day…”, he added.

A tackle to which Jean-Michel Aulas did not hesitate to respond. Just as scathing as the attack on the RMC polemicist. “Daniel, you got a joke, I hope your other info is better cross-checked (I have a doubt). Don’t foolishly believe everything you read on the internet.” he thus wrote, adding, mockingly: “Be careful, I’m not a reptilian, the earth is not flat and we went to the moon. “Not sure that Daniel Riolo appreciated, even though he was careful, this time, to block the president of Lyon as he is used to doing when he is criticized.

Daniel, you’ve been fooled by a joke, I hope your other info is better cross-checked (I have a doubt). Don’t foolishly believe everything you read on the internet.
⚠️Warning, I’m not reptilian, the earth is not flat and we went to the moon🤣 https://t.co/kvfAsyp17u