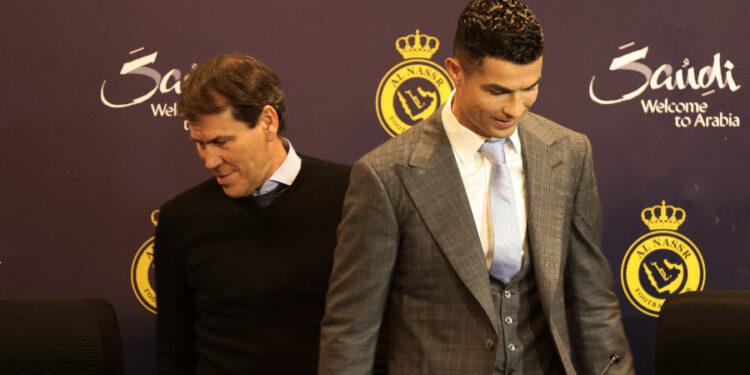 After Al-Nassr’s victory on Sunday for Cristiano Ronaldo’s first official match in his new colors, Rudi Garcia wanted to reframe his players.

After playing a friendly against Paris Saint-Germain last Thursday, Cristiano Ronaldo played his first official match with Al-Nassr on Sunday night against Al Ettifaq. A meeting which turned in favor of the new formation of the fivefold Ballon d’Or, which remained silent in front of goal. It was the Brazilian Talisca who offered the three points to his team.

Despite the victory, the French coach of Al-Nassr, Rudi Garcia, did not really appreciate the performance of his troop. According to him, his men have tended to want to systematically serve the former Madridista. “It’s very important for the players to play normally and not always try to give the ball to Cristiano. I told them they had to make the right choices on the pitch.”lamented the former coach of Losc after the match.

“We have to work on this”

And to continue: “Obviously when Cristiano or Talisca are alone and ask for the ball, we have to give them the ball. These two players are capable of making the difference. Tonight (Sunday, editor’s note), I think sometimes we had good positions to cross but not enough people in the area, and sometimes no Ronaldo and no Talisca. We have to work on that, have one of them in the box and maybe the other one plays outside the box. »

Neymar takes a big wind from an amateur player (video)