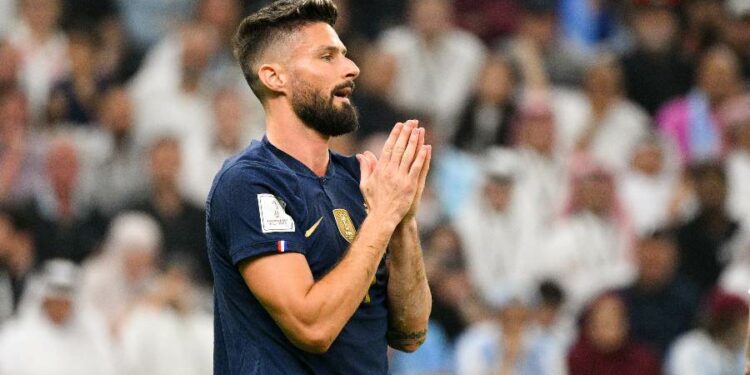 The comments made by Olivier Giroud about his future in the France team provoked strong reactions.


Will his exit in the 41st minute in the final against Argentina remain the last image of Olivier Giroud with the jersey of the France team? The question needs to be asked. At 36, the man who became the top scorer in the history of the Blues during the World Cup is wondering about the follow-up to his international career.

“For the France team, I don’t know yet. I’m still thinking about that, he said on Sunday at the microphone of Canal Football Club. I continue for now. It did something to me to know that Hugo was quitting after all these years. Our relationship was special. Anything can happen, as long as I have not announced my international retirement, I remain selectable. You have to know if I still want to wear this blue jersey which means so much to me and I want to take some time before making this decision. »

The remarks of the Milanese striker therefore cast a veil over his future in the selection but also deeply annoyed Bernard Lions, journalist at The Team. “The selections are not available to the players. These are the players who are available for selection. Previously, players who refused selection were suspended by the Federation.he thus thundered on the set of L’Equipe du soir.

I’m sorry, but you’re here to serve your country

“Afterwards, we witnessed the absolute drift with Claude Makelele who had negotiated with Mourinho not to go to the France team to extend his contract with Chelsea. There, it was the seizure of power, the coup d’etat of the clubs on the selection “, he continued, putting a layer back on Olivier Giroud: “I know that the new generations are used to that. It really doesn’t shock anyone. I’m sorry, but you’re here to serve your country, to play for your nation. There, we are to say if I authorize Didier Deschamps to select me. »

And this speech obviously also applies to Hugo Lloris, who was the first to announce his international retirement. “I have enormous respect for Hugo Lloris. But, Hugo Lloris, he decides to stop. Me, I’m sorry, maybe it’s an old speech, but before, it didn’t happen like that, he indeed added. It was not at the goodwill of the players. The players were at the disposal of the selection and it was the coach who decided. »

Galtier worried about the future