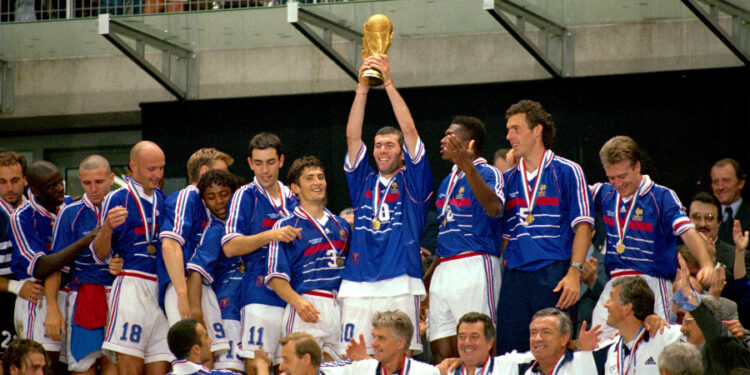 If the France 98 dinner on Monday took place in the absence of many world champions, the group remains much more united than it seems, assured Lionel Charbonnier.


The France 98 dinner was held as planned on Monday. An evening which took place without many players including Didier Deschamps, Youri Djorkaeff, Vincent Candela or Robert Pirès, retained in Monaco for a charity march. Unlike the last dinner organized by the 1998 world champions, the participants in the evening were discreet.

Lionel Charbonnier nevertheless delivered a formal update on social networks. “I reassure you, or maybe I will disappoint, but France 98 is much more united than you think. As already said in Rothen Ignites and in the After and taken up in the written press, our reunion is always so beautiful. But outside, everyone lives their life! Normal no? », he wrote on Twitter, before saying more about this famous dinner.

All those absent were able to follow our private party live

“Since you want to know everything: all the absentees were able to follow our private party live, he assured. Everything was relayed by photos / videos by all present. A real communion much stronger than a family!! On this, I will keep the intimacy of our exchanges, at the table or (on the) networks. » Not sure, however, that Didier Deschamps, who is not in the Whatsapp group of world champions, has been put in the loop…

“DD is not there, because he was not among us when we created him, explained to Parisian a player from France 98 on condition of anonymity. He remains our valued and respected captain. More generally, whatever we hear, we are still a family. Sometimes there are occasional tuggings. »

OM-PSG, the programming of the 8th final is known

Lens shields one of its executives

Lens shields one of its executives