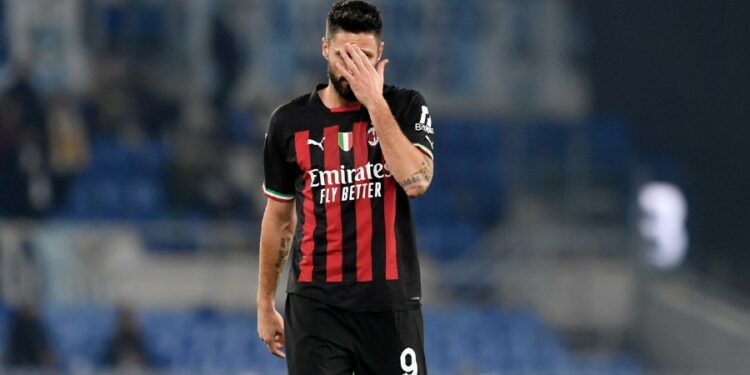 Corrected by Lazio (4-0), the defending champions let Napoli take a 12-point lead at the top of Serie A.

It’s the crisis at AC Milan! The Rossoneri have just had a fifth game without a win, and they have lost almost everything in the space of a few weeks.

Released in the Italian Cup by Torino, humiliated by Inter (3-0) in the Super Cup, Stefano Pioli’s men may have abandoned their title on Tuesday, receiving a new slap on the Lazio field. (4-0).

Naples on a boulevard

Still deprived of Mike Maignan, Theo Hernandez and Zlatan Ibrahimovic, the Milanese cracked from the start of the game, with a nice collective movement concluded by Sergej Milinkovic-Savic (1-0, 4th), and Mattia Zaccagni doubled the bet shortly before the break (2-0, 38th).

With a nice free kick from Ismail Bennacer close to the post (48th), Milan thought they could come back, but Lazio killed the match on a penalty conceded by Pierre Kalulu and converted by Luis Alberto (3-0, 67th). In the process, Felipe Anderson drove the point home in the middle of an apathetic defense (4-0, 75th).

This new defeat of AC Milan, in what was a staggered match of the 19th day of Serie A, allows Napoli to take the lead with 12 points ahead of their pursuers at the end of the first leg. Milan is still second, and Lazio invites itself to the podium.