The “coup of the year” for the Frenchman Victor Perez (video) 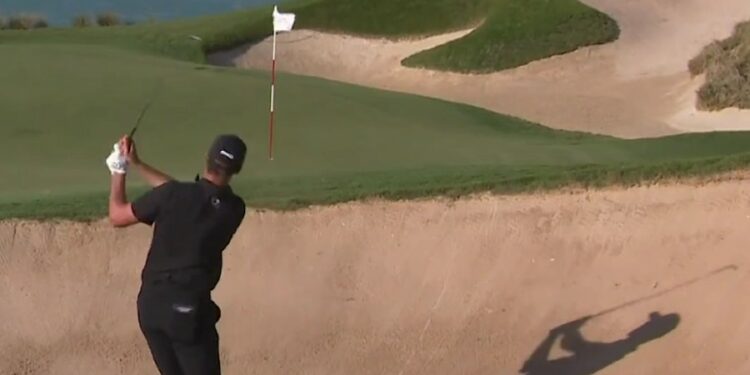 Frenchman Victor Perez won the Rolex Series tournament in Abu Dhabi on Sunday thanks to an exceptional bunker exit on hole 17.

There are many different ways to win a golf tournament, and Victor Perez has chosen one of the most spectacular. The French offered himself the Rolex Series in Abu Dhabi on Sunday, and this is the first time that a Habs has won a tournament in this category, the best endowed on the European circuit. Perez won one step ahead of Min Woo Lee and Sebastian Soderberg. And everything could have collapsed on the 71st and penultimate hole of the tournament.

On the 17th, Victor Perez had lost his ball in a bunker, at the edge of the green. But while he wanted above all to save the furniture, the Tarbais offered himself an incredible birdie. “Honestly, the ball came out a bit strong, he confided to L’Equipe. But it’s the biggest hit of my career, maybe even the hit of the year! »

With this superb victory, his third on the European circuit, the 30-year-old Frenchman hopes to lay the foundations for a great 2023 season. The highlight will be the Ryder Cup in Italy in September, for which he (re ) becomes a serious applicant.

“It’s a great year that has arrived, many beautiful things are happening. I did a really good preparation, I worked really hard,” added Victor Perez, who jumped from 111th to 63rd in the world. He had been 29th in the world at his best ranking, in May 2021.

What a feeling! My third @DPWorldTour win and my first #RolexSeries 🏆

Thank you everyone for your kind messages and support. Amazing ❤️#ADGolfChamps pic.twitter.com/EWyGeMBpZl

Kane ready to decide on his future