Reinforcement for the Rochelais 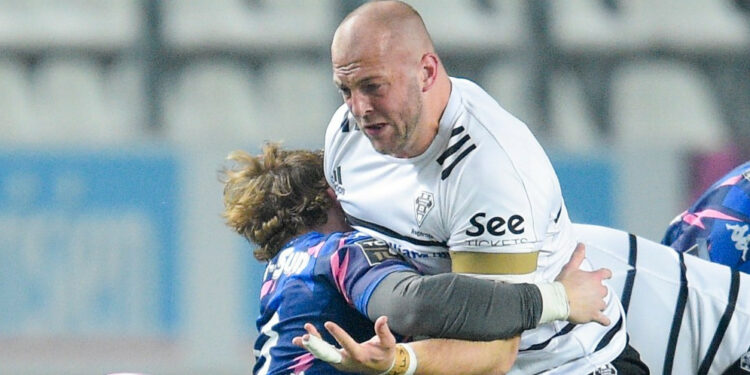 This Monday, via its official Twitter account, the La Rochelle club formalized the arrival of Brive’s English pillar Hayden Thompson-Stringer (28), as an additional player and until the end of the season.

La Rochelle is getting stronger. This Monday afternoon, via his account Twitter official, the rugby club, European champion in title and which currently occupies the third place in the classification of the championship of France, after a total of fifteen days of Top 14 already disputed, formalized the arrival of an additional player. The latter is none other than the English pillar Hayden Thompson-Stringer, now 28 years old and who therefore joins the La Rochelle squad. The rugby player arrives from CA Brive training and will evolve under his new colors until the end of this 2022-2023 season. Last year, this left pillar, who measures 1.90 meters and weighs 124 kg, played a total of sixteen games, in all competitions.

Thompson-Stringer was U20 world champion

Considered to be “explosive and dynamic”, in the words of his new club, Thompson-Stringer was formed with the Saracens side. On his record, this player notably has a title of world champion in the U20s during the year 2014, under the colors of the XV de la Rose. It was then during the year 2019 that the Englishman had then landed in Corrèze, on the side of the CAB. A formation with which he played no less than 56 games. The experience and the desire of the main interested party are praised by the formation of the Yellow and Black. On the front line, the player will then be responsible in particular for replacing Thierry Paiva, currently injured in a shoulder. An injury which even forced him to have surgery and which will keep him away from the field for a period of between three and four months. As for Reda Wardi, he joined the ranks of the France team.

PSG, one less weight against Bayern?