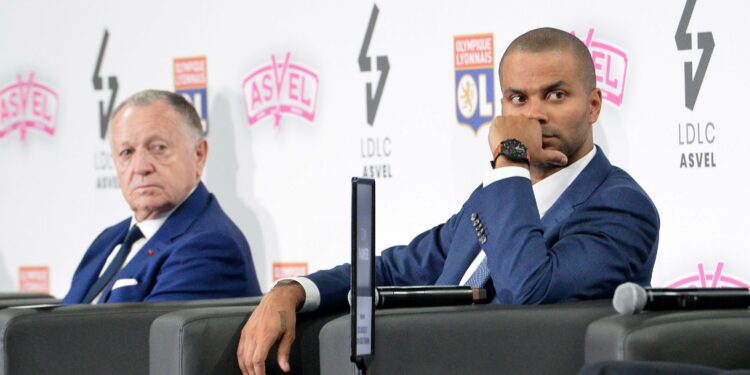 While he recently left the board of directors of OL, Tony Parker gave an update on his ambitions within the Lyon club, in particular concerning the succession of Jean-Michel Aulas.

Will Tony Parker one day take over from Jean-Michel Aulas at the head of OL? The question arose and the former star basketball player of the France team was kind enough to answer it. After leaving the board of directors of Olympique Lyonnais with the arrival of John Textor, “TP” explained on Canal + on Sunday that he did not see himself becoming president of the Rhone club. In any case not immediately.

Read also: Parker prepares to succeed Aulas at the head of OL

“John Textor came with his team and we had to do a certain number in the council. And since I was very busy with all my activities, it was a common agreement that I leave (the board of directors), he thus explained about a possible handover with the current management. That way they can do their thing and we’ll see in three years when Jean-Michel (Aulas) won’t be there. »

“My ultimate dream is the NBA”

“We have very, very good discussions with John (Textor), then we have to see how we can discuss”, added the former San Antonio Spurs point guard to the show Canal Sports Club. In the short term, Tony Parker rather envisages his future in the United States: “Replace it one day? We’ll see. I am diversified, in several sectors. Education is close to my heart with my various academies. I don’t just invest in sports. »

🗨️ “You have to see with John Textor how we can discuss” pic.twitter.com/WYSLMjbF8y

“For now, I prefer to focus on my activities and my ultimate dream is the NBA. I can’t do everything”, concluded the one who will soon be inducted into the Hall of Fame and aims to become the owner of a franchise across the Atlantic. Jean-Michel Aulas should therefore still remain president of Olympique Lyonnais for a few years. As a reminder, the 73-year-old businessman has been running this club since 1987.

Mercato OL: Reine-Adelaide on the start