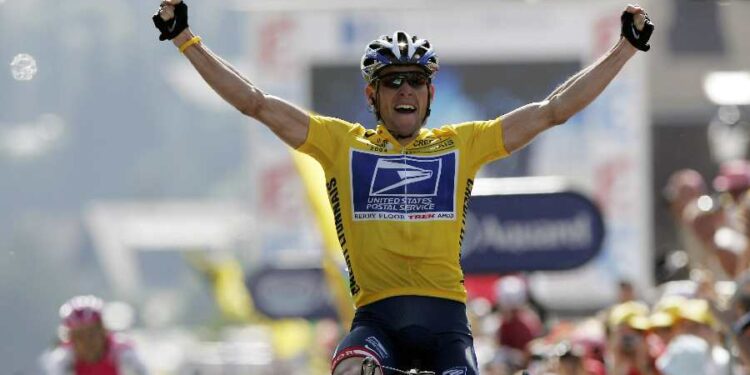 As the last few days marked the tenth anniversary of his confession to Oprah Winfrey’s microphone, the debate around his rehabilitation has been opened…

January 17, 2013 remains ten years after a historic date for the world of cycling. After denying doping throughout his career, Lance Armstrong confessed. Questioned by the popess of the Oprah Winfrey interview, the American runner admitted with a simple yes to having used doping products – EPO, testosterone, cortisone, growth hormones… – but also blood transfusions. A massive doping that would have started even before his first victory in the Tour de France and that he hardly regrets, convinced that it was impossible to win without doping…

The International Cycling Union had not waited for this confession to withdraw his seven victories in the Tour de France. Consequence of a damning report from the American agency (Usada) according to which the Texan had resorted to massive doping throughout his career. But in view of the doping practices that were current at that time, some wonder about the validity of this sanction.

On the occasion of the tenth anniversary of Lance Armstrong’s confession, the PeoCyclingStats reference account has also opened the debate. “Should Lance Armstrong have his results rehabilitated? » And the no still wins massively since 69% of respondents answered no against 31% for yes. But the interested party has a precise idea on the question. “The only ones who should be asked are those who were wrestling with me. And I know their answer.” he indeed commented.

The only people that should be asked are the ones who were in the battle with me. I know their answer. https://t.co/qz7ZoQQSyh

Lance should have kept his titles

Some voices among former runners have indeed spoken in the past to affirm that Lance Armstrong had acted as a scapegoat, judging his sanction unfair. “I’m with Lance on that one”, has also reacted Michael Rasmussen, also punished for doping.

And Jan Ullrich, Lance Armstrong’s main rival, had been clear on the matter as early as 2015. Lance should have kept his titles, they belong to him. It was then. I find it much more serious that there is no winner of the Tour de France for seven years than to see Lance still on the list. He received a life sentence, he will never be allowed to participate in any competition again, he has to pay back a lot of money. That’s the penalty for Lance. It’s not to take away his victories.”he confided to Le Monde, considering this decision of the UCI hypocritical: “Cycling has a problem, but all sports have the same. It’s just that in cycling we’ve sought to extremes, we’ve controlled to extremes, again and again. And what is also hypocritical is that, at the same time, the International Cycling Union (UCI) covered Lance. They knew he was doping, and they were covering it up. That is very serious.”

Xavi got it bad