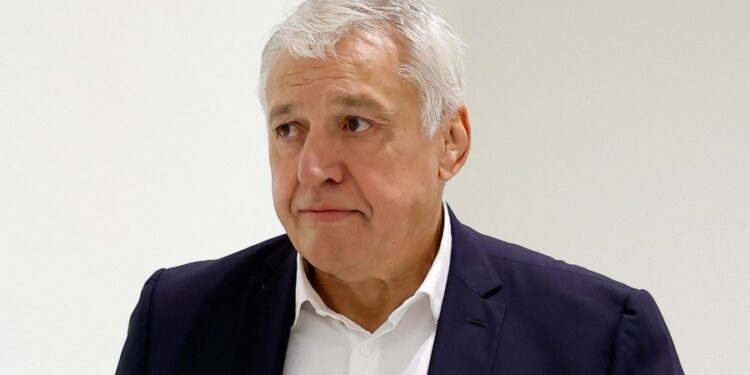 A little more than six months after the start of the case that brought him down, Claude Atcher, the former director of the 2023 World Cup organizing committee, breaks his silence and denounces the fact that his fall has been orchestrated by his rivals.

It’s time for the counter-attack for Claude Atcher. A little over six months after the revelations of L’Equipe on the management within the organizing committee of the 2023 World Cupthe former president, who was dismissed following this casegranted a long interview at Midi Olympique to give his version of the facts. And above all, wash his honor. ” I am 67 years old, I have mourned the World Cup, but I cannot agree to leave the world of rugby with this image. It’s not me, I’ve never been convicted in my entire life. My honor is my driving force. I live an injustice, he complains.

As a reminder, Claude Atcher was the central figure in a long investigation by L’Equipe on the atmosphere of terror that reigned within the GIP (Public Interest Group), where the World Cup is therefore being prepared. The big boss of France 2023 abused his authority, suddenly“meeting humiliation”of “screams”, “insults” “You’re just a dirty little bitch”, “poor shit”, “You won’t get anywhere if you don’t pull your fingers out of your ass”: here are some of the projections attributed to Claude Atcher, but also to Marie Houzot, his chief of staff, pinned down for sexist remarks such as ” You’ve seen how fat she is and what’s more, she wears short skirts” or, about unmarried young women, “those are badly fucked. The former rugby player also does not hesitate to shout in the corridors that it is « (s) a World Cup! »what ” it is (s) ono money! »what “without me, you are nothing!” »what “You are all incompetent! »

Claude Atcher: “My truth” on the front page of Midi Olympique!

How Atcher defends himself, six months later ? By acknowledging his wrongs, he blames his perfectionist personality. “I’m not saying that I’m demanding, but very demanding. I’m not going to be in denial, I’m like that. But this requirement has always been set to allow everyone to grow,” he says, before adding: « Jtend to have a divisive personality. I understood that for years. »

Above all, Claude Atcher believes that he was the victim of a « assassinated » Politics. In other words, that some of his rugby rivals orchestrated his downfall, with these revelations about his management. He thus aims a group of people who rewrote history to their advantage. And is based in particular on certain elements of the audit which followed the articles of L’Equipe. “The report of the ethics committee leading to my dismissal clearly states that the two deputy general managers and the president are quite ready to replace the general manager that I was, and this before my hearing and without my being aware of their hearing. I’m not making this up…”

While his situation may recall that of Noël Le Graët, the president of the French Football Federation (FFF), Claude Atcher does not hide the fact that he is also angry with the Minister of Sports, Amélie Oudéa-Castéra. ” We couldn’t do better to set up an irreversible process and fire me. Don’t tell me stories, I have a little experience in life. I also know what a boon it has been for Rugby World Cup,” denounces Claude Atcher.