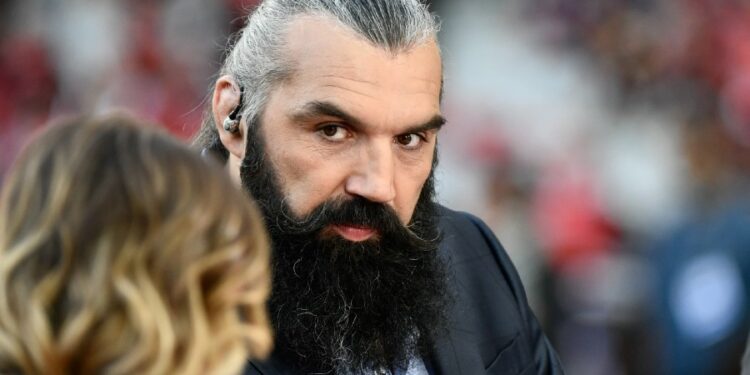 In the interview he gave to Midi Olympique, Claude Atcher gave his version of the facts on the controversy in which Sébastien Chabal and Henri Mioch are involved. The two former players were able to buy tickets for the 2023 World Cup, in large quantities (100 tickets for the first, 600 for the second), and they were accused of wanting to make a profit with these tickets.

« Henri Mioch and Sébastien Chabal had access to the ticket office without going through the queue. Full stop, there is no other subject, ”replies Claude Atcher, former director of the GIP (Public Interest Group), the organizing committee for the 2023 World Cup.

« Ils work voluntarily for the GIP and they express at some point the wish to buy tickets. I find it legitimate and I put them in touch with the director of the ticket office, ”added the former manager. « The tickets were purchased according to the rules of sale, at the price”, assure Claude Atcher.

Very media figure of French rugby, Sébastien Chabal responded to these accusations by pleading his good faith. « I did not know that there were quota places for ambassadors, explained the Canal + consultant. Having a privileged place, I was able to discuss directly with the leaders. As I have rugby fans around me, I had a lot of requests. I wanted to please people. But talking about traffic…”

« The fact that Sébastien Chabal was able to have access to hundreds of places, that can be blamed on me, recognized the bearded man. In any case, I bought my tickets at full price. Of course, I understand that it shocks. But it will not bring places to those who have not had any. And I don’t think it’s very serious in any case. »

Claude Atcher abounds in this direction, and simply pleads the return of elevator towards a servant of French rugby. “Personally, in my soul and conscience, I do not find it abnormal that he was able to buy tickets given the time he granted us and the use of his image that he left us”, believes the former leader.

These footballers who went through prison

These footballers who went through prison