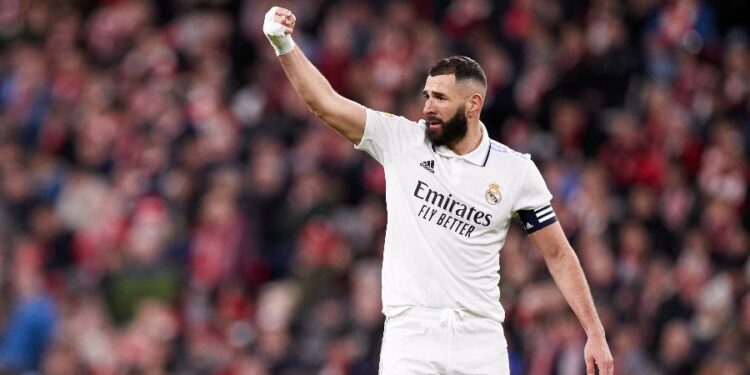 Karim Benzema had promised to respond on the pitch after the huge disappointment at the World Cup. The Real Madrid striker keeps his word.


While he had made it the main objective of his season, the World Cup in Qatar turned into a nightmare for Karim Benzema. Blame it on a thigh injury that occurred three days before the start of the Blues and Didier Deschamps’ decision to send him off despite a recovery period which would have allowed him to be on his feet for the final straight . The Ballon d’Or 2022 retains immense resentment and has also decided to end his international career.

The former Lyonnais is now entirely devoted to Real Madrid and driven by an obvious desire for revenge, intending to prove to everyone that Didier Deschamps was wrong to do without his services in Qatar. And it must be recognized that after a shaky start to the season, KB9 has regained its luster. Sunday, it was again he who showed the way to the Merengue against Bilbao by opening the scoring with a superb volley shortly before the half hour mark.

Despite a mostly sluggish performance, Carlo Ancelotti’s men won 2-0 in the Basque Country and Karim Benzema, who also scored in both Spanish Super Cup matches last week, is now four goals down in three La Liga matches since the resumption. Enough to allow him to return to the podium in the ranking of the top scorers in the Spanish championship, with 9 goals, four units behind Robert Lewandowski.

Above all, with now 228 goals scored in La Liga, Karim Benzema has become Real Madrid’s second most prolific scorer in the Spanish league, on the same line as Raul. The two men are only preceded by Cristiano Ronaldo, 311 goals on the clock. And thanks to these 228 goals, the Frenchman even entered the Top 5 of the best scorers in the history of La Liga, only ahead of Lionel Messi (473), Cristiano Ronaldo (311), Zarra (253) and Hugo Sanchez (234). ).

On which channel and at what time to watch Pays de Cassel-PSG?

On which channel and at what time to watch Pays de Cassel-PSG?