Swiatek out from the 8th grade! 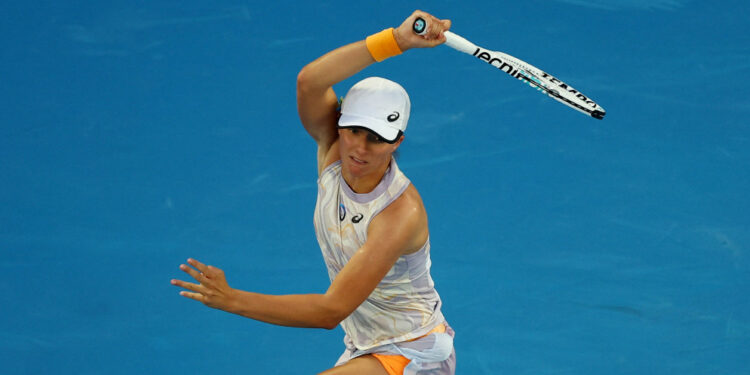 After a rather quiet start to the tournament in Melbourne, Poland’s Iga Swiatek was knocked out last night in the round of 16 of the Australian Open by Elena Rybakina (6-4, 6-4), who will face Jelena Ostapenko in the next round.

Big sensation this night in Melbourne! World number one and big favorite for the title at the Australian Open, Iga Swiatek was beaten by Elena Rybakina in the round of 16 of the tournament in two sets (6-4, 6-4) and 1h30 of play. Breakée from the start of this meeting, if the native of Warsaw found the weapons to return to equality at 2-2, the latter ended up losing her serve again shortly after, at 3-3. With this advantage, the winner of Wimbledon in 2022 then held on to pocket shortly after the first set on a shutout. Touched but not sunk, Swiatek then tried to react and made a first break at the start of the second set to quickly lead 3-0. An insufficient lead to overcome Rybakina who reversed the situation by taking his opponent’s serve twice, at 1-3 and 4-4, before concluding this 8th final with a new shutout.

From 3-0 to 4-6, the Polish could only see the damage, she who is eliminated to everyone’s surprise after only four rounds. After taking out Danielle Collins in 16th, the Moscow native, for her part, confirmed her very good start to the tournament by hitting a very big blow in Melbourne, she who had never passed the 3rd round in Australia until then. In the next round, the Kazakh now has an appointment with the Latvian Jelena Ostapenka, who fell a little later on the American Coco Gauff (7-5, 6-3). “The last two weeks have been difficult. (…) I felt a lot of pressure, I started matches telling myself that I didn’t want to lose, instead of wanting to win. That’s what I want to improve, “swiatek ended up recognizing after his defeat in a press conference. With this elimination, the women’s table opens up a little more…

Khachanov at the rendezvous, not “FAA”