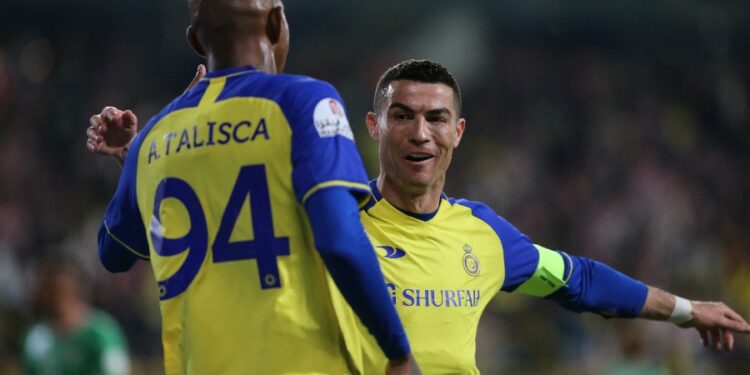 Cristiano Ronaldo made his debut for Al Nassr without managing to score on Sunday in Saudi Arabia.

Al Nassr supporters had booked him a wonderful welcomemore Cristiano Ronaldo failed to open his goal tally with his new club. Three days after his double against PSG, during a gala match played with the “Riyadh Season Team”, the soon-to-be 38-year-old Portuguese experienced his first league match in Saudi Arabia, against Al-Ettifaq (1-0 ).

The team led by Rudi Garcia won against this team trained by another French technician, Patrice Carteron, on Sunday in Riyadh, in order to take the lead in the standings ahead of Al-Hilal. It was Anderson Talisca, the crack of Al Nassr (before the arrival of Ronaldo), who scored the only goal of the game on a center bound for Ronaldo (31st).

Talisca opens the scoring for Al-Nassr!

📲💻📺 Follow the game live and for free on L’Équipe live: https://t.co/CT8qt762uN#lequipeFOOT pic.twitter.com/LKzpZJGHXk

Rather in physical shape, the five-time Ballon d’Or tried his luck a few times and delighted the public with a few technical gestures, but without being able to shake the nets, as on an acrobatic return (74th). Ronaldo will try a second time next Thursday, against Al-Ittihad, a Jeddah club coached by Portugal’s Nuno Espirito Santo.

Cristiano Ronaldo fools his opponent with a hook, but couldn’t score his first Saudi league goal

📲💻📺 Follow the game live and for free on L’Équipe live: https://t.co/CT8qt762uN#lequipeFOOT pic.twitter.com/YtgEdJdxfl