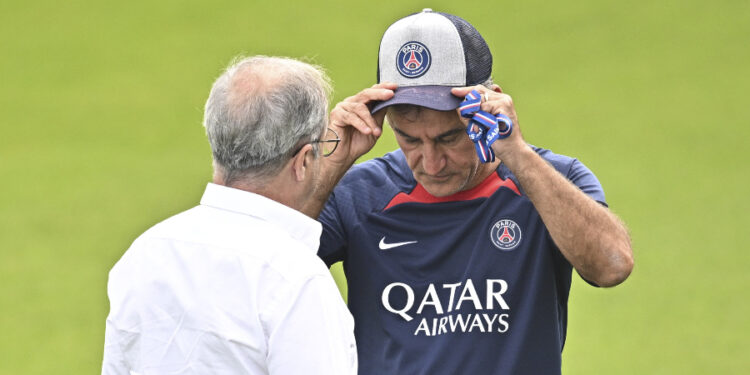 PSG still have a week to recruit central defender Milan Skriniar and a center forward. Marcus Thuram is well in the sights of Luis Campos.

Author of 13 goals and 4 assists in all competitions with the Borussia Monchengladbach during the first part of the season, Marcus Thuram (25) is considering a transfer in the January transfer window due to “ many beautiful requests “, as indicated Telefoot (via his journalist Saber Desfarges).

So the PSG would be one of the clubs interested in the son of Lilian Thuram, like Chelsea, Inter Milan and Bayern. The French international, who made good appearances at the 2022 World Cup in Qatar, is out of contract in June and his price will not go up. It is estimated at 32 million euros per Transfer market.

At the start of the season, Marcus Thuram wanted to stay until the end of the exercise at Borussia Mönchengladbach.

The reflection is now open to leave this winter in the face of the many beautiful requests. No significant progress with interested parties / @SaberDesfa pic.twitter.com/b7alX5E945

PSG in search of its pivot

The Parisian club could well jump at the chance by offering a new complementary offensive element of Kylian Mbappé, Lionel Messi, Neymar or Hugo Ekitike. In addition to a central defender (who could well be Milan Skriniar), Luis Campos, the main manager of the Red and Blue, is looking for a centre-forward capable of playing the pivotal role.

Thuram had a good first half of the season with Gladbach in the center, having mainly played as a left winger since his arrival in Germany. He does not quite have the desired profile, but can greatly contribute by playing in the service of Mbappé. However, it is not the priority of PSG, which would rather have an experienced center forward in the sights.

Giroud’s confessions on the France team

Giroud's confessions on the France team