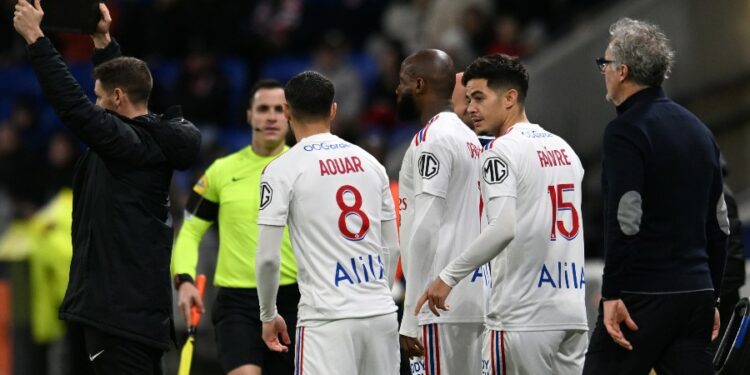 While OL led 3-0 against Chambéry on Saturday in the Coupe de France, the public at Groupama Stadium shouted down two players who came into play, Moussa Dembélé and Houssem Aouar.

Coach of theOL since last October, Laurent Blanc has not been challenged as much as his leaders, but, at this rate, he could also be the target of the supporters. As a reminder, club president Jean-Michel Aulas, football director Vincent Ponsot and recruitment manager Bruno Cheyrou are all in the sights of the club’s followers for their respective work.

White choices have frustrated Rhone supporters lately. This Saturday, The team announced that Mohamed El Arouch (18) wanted to leave the club in order to have playing time. This midfielder, an “Academy” prodigy, has not been used in the first team this season and a rookie will strengthen the Lyon midfield (Brazilian Joao Gomes).

In this context, and while Lyon supporters have already cracked Karl Toko Ekambi (now pending transfer), two players were jeered during the 16th round of the Coupe de France against Chambéry, Saturday afternoon at Groupama Stadium. Whistles came down from the stands when the game came into play. Moussa Dembele (71st) thenHoussem Aouar (75th), while Alexandre Lacazette had already scored the 3 goals of the victory (3-0).

The bronca which accompanied the entry of Aouar, a child of the club, is a strong sign. The Bad Gones sent an obvious message: these two players are waiting to leave OL at the end of their contract next June and no longer deserve to play. Especially since Aouar is ghostly each time he is revived. It’s been months since the management of OL found him a way out. By incompetence?