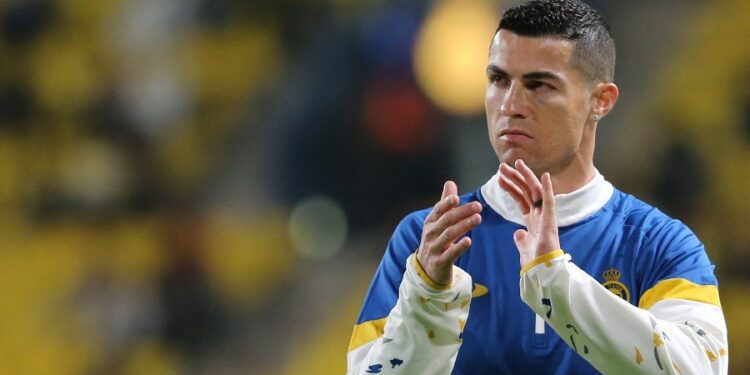 Cristiano Ronaldo made his Saudi Premier League debut with Al-Nassr on Sunday.

After his double in the friendly match against PSG (4-5), Thursday, within a selection called “Riyadh Season Team”, Cristiano Ronaldo made his big debut with Al Nassr in the Saudi Pro League on Sunday afternoon when they hosted Al-Ettifaq.

Al-Nassr supporters gave a huge welcome to “CR7” in the 25,000-seat Mrsool Park. The crowd was fired up when the 37-year-old Portuguese idol appeared during the warm-up and then when the players entered before kick-off.

Unsurprisingly, Rudi Garcia aligns Ronaldo at the forefront, with the Brazilian Anderson Talisca in support, for this opposition between the 2nd and the 10th in the Saudi championship, Al-Ettifaq being led by another French coach, Patrice Carteron.

Ronaldo’s announcement by the announcer:

Al Nassr line-up read out… no surprises for who gets biggest cheer. Cristiano #Ronaldo will lead out new team in 15 mins. pic.twitter.com/u7fwhvwm4y

The pre-match with Marca:

Ready to live the debut of @Cristiano with the @AlNassrFC @Juan_Castro_10 tells us from 🇸🇦 pic.twitter.com/nlLF8IUhsZ

The fire atmosphere during training:

Ronaldo before entering the pitch:

The atmosphere before the meeting: