Giroud’s confessions on the France team 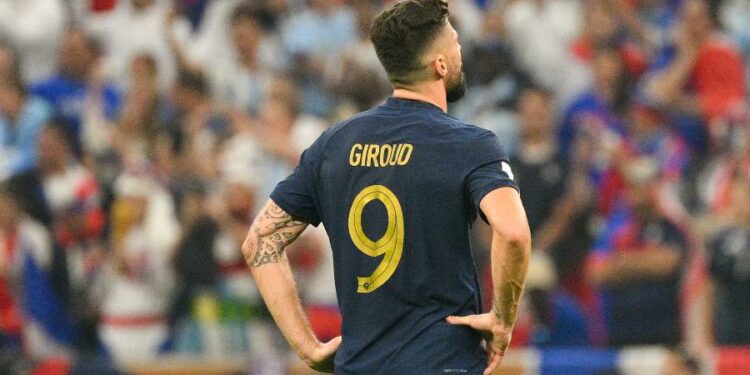 Olivier Giroud became the top scorer in the history of the France team during the 2022 World Cup. At 36, the person concerned, however, may not play again under the blue tunic.

In a long interview with Canal Football Club, Olivier Giroud focused on his future this Sunday evening. In club as in selection. At 36 now, the person concerned does not yet plan to hang up his crampons. ” I want to extend with Milan, I managed to win the hearts of tifosi by bringing back the Scudetto. We are in discussion. If I can finish my career at the highest level here, I will. I could go to an exotic destination, the MLS has always appealed to me… “, he breathes.

As for the Blues, however, the former Arsenal and Chelsea striker wants to be much more cautious in his remarks. ” I want to string together goals and win trophies with Milan, he says of his immediate goals. For the France team, I don’t know yet. I’m still thinking about that. Is international retirement possible then for the native of Grenoble? ” I continue for nowhe replies. It did something to me to know that Hugo was quitting after all these years. Our relationship was special. Anything can happen, as long as I have not announced my international retirement, I remain selectable. You have to know if I still want to wear this blue jersey which means so much to me and I want to take some time before making this decision. »

The bitterness of the defeat conceded to Argentina in the World Cup final in any case seems to have passed. ” We moved on, I moved on personally. I’m back with Milan, but it still hurts my heart », Says the top scorer in the history of the tricolor selection (53 achievements), who admits to having had a hard time with his premature replacement during the final match. ” Until then, it was a very good World Cup. I was disappointed and surprised to come out at this point in the final, I think I understand it was tactical. Going out in the final in the 40th, I had a lot of mixed feelings at that time but I was always behind my teammates “, he concludes.