Dani Alves, the chilling story of his alleged victim 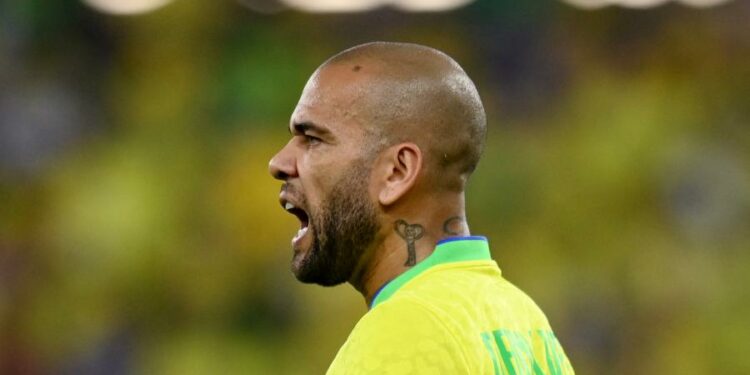 The noose is tightening on Dani Alves, accused of rape by a young woman he allegedly met in a Barcelona nightclub on December 30. The elements gathered against the Brazilian footballer are overwhelming.

Dani Alves will have to answer for his actions in court. The former Barça and PSG full-back is accused of raping a young woman on the night of December 30, in a nightclub in Barcelona. The alleged victim, aged 23, triggered the same evening the protocol put in place by the Catalan city in the event of sexual assault, with the help of the staff of the nightclub. This before filing a complaint three days later, on January 2, against the international auriverde.

Very quickly heard by the Spanish police, Dani Alves first denied the facts of which he is accused, before changing his mind recently in front of the tangible elements brought to his attention, and in particular the video tapes of the nightclub showing the footballer well. lure the complainant to a private area of ​​the VIP area of ​​the Sutton Club Barcelona. The rest is notably reported by the Catalan media Sport, in a story that sends shivers down your spine.

“I resisted but he was much stronger than me”

Reading the video surveillance images, Dani Alves and the young woman entered the toilets at 4:30 a.m. She came out 14 minutes later. ” I didn’t know what was behind that doorallegedly told the investigators of the said victim, in remarks thus relayed by La Vanguardia. I thought there would be another VIP area. I resisted but he was much stronger than me. »

« This is where the nightmare seems to have started, as Dani Alves allegedly touched the victim without her consent, and made several suggestive remarks that “he must have said in Portuguese” because the young woman did not understand them.reports Sport. He would then have encouraged her to cross a door which led to a bathroom. […] After refusing to let her out, Alves forced her to say she was “his little whore” and allegedly grabbed her head to force her to perform oral sex on him. When the woman refused and continued to ask to leave, Dani Alves allegedly slapped and beat her violently to rape her while she could no longer resist. »

At this stage of the investigation, Dani Alves, who has already changed his version of the facts several times with the investigators, evokes a consented relationship. The complainant specifies for her part that she has already refused financial compensation from the Brazilian, determined to see justice do its work in this case.

Pau ends up in defeat, the table of eighths is known