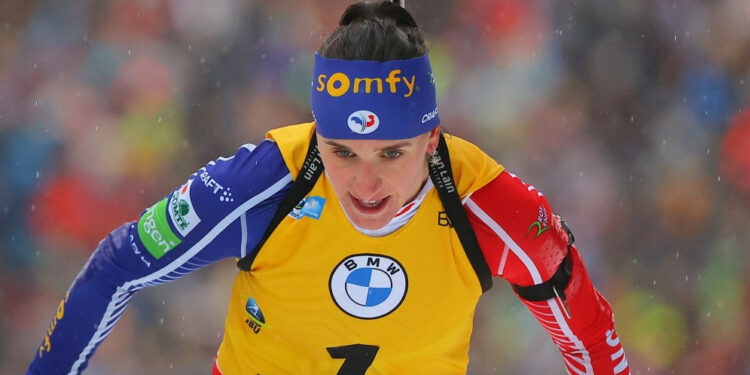 This Sunday, during the women’s relay from Antholz-Anterselva, the French team crushed the competition and signed a new victory in the exercise this season, after Hochfilzen.

This Sunday, the Blues came close to perfection. If they hadn’t really shone in the pursuit on Saturday in Italy, Lou Jeanmonnot, Anaïs Chevalier-Bouchet, Chloé Chevalier and Julia Simon reacted with style and allowed France to win the women’s relay in Antholz-Anterselva. For this, they notably shone in shooting with only two picks on arrival, a record for them. From the start, Jeanmonnot (a pickaxe) started strong and got the better of Sweden’s Linn Persson to launch Chevalier-Bouchet with a lead of around eight seconds. If the latter also needed a pickaxe, the Iséroise confirmed the big start of the Tricolores by also signing the best time of this second part of the relay. What offer his sister more than 30 seconds in advance when starting. With a flawless shot, Chevalier continued the impressive pace set by France in the lead this Sunday.

A short-lived scare to end

If Sweden came back strong behind, the biggest scare of the day was the handover between the latter and Simon. Light, the contact between the two Blues was however well regulated, the complaint submitted by Norway yielding nothing. On track, the current leader of the general classification then finished the job with a new clear shot. Far behind, the competition quickly had to fight for a place on the podium rather than victory. At the finish, the Sweden of the Oeberg sisters finished in second place, while Germany narrowly edged out Italy for third place. A few weeks after Hochfilzen, France again won the relay. A result which greatly pleased the staff of Les Bleues and which boded well before the World Championships in Oberhof in early February.

Rugby 7: The Blues will have to be satisfied