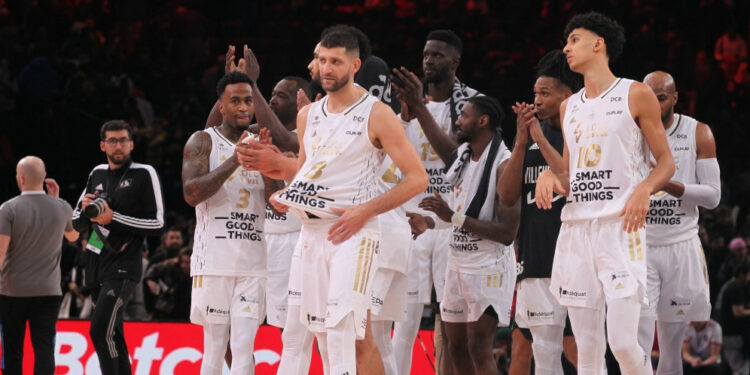 ASVEL won 69-86 in Paris in front of 11,000 spectators at the Accor Arena during the 18th day of Betclic Elite, while Monaco had all the trouble in the world to get rid of the promoted Nancy (83- 79).

It was the basketball party this week in Paris! Three days after the NBA match between Chicago and Detroit in a full Accor Arena, this same room hosted the match of the 18th day of Betclic Elite, between Paris and ASVEL, in front of 11,000 spectators. But despite this strong popular support, the Parisian club failed to beat the French champions, losing 69-86. The two teams, however, tied for half time, ASVEL only returning to the locker room with a one-point lead (38-39). The third quarter was also very tight at the start, with many draws, until 54-54 where the Villeurbannais dug a small gap to lead 57-62 at the half-hour mark. On their way, the men of TJ Parker drove the point home at the start of the last quarter to score twelve (59-71) then sixteen points ahead (63-79). Paris delivered a last last stand by signing a 6-0 (69-79) but ASVEL responded with a 7-0 to finish and therefore won by 17 points. The talent of the French champions made the difference, and in particular that of Nando De Colo, who finished with 20 points and 6 assists. Rookie Dee Bost (18pts, 4pds) and Youssoupha Fall (15pts, 8rbds) also shone. Opposite, Tyrone Wallace’s 21 points were not enough. ASVEL is 5th, Paris 11th.

A little earlier in the afternoon, Monaco received the promoted Nancy, and the Roca Team, between two Euroleague matches against Fenerbahçe and Milan, perhaps did not think they were so hooked by the French Pro champion B. It finally won 83-79 and remains at the top of the Betclic Elite ranking, while SLUC is 14th. The Monegasques started very well by leading 7-0 then 11-3, but the Nancy finally woke up and concluded the first quarter with an 8-0 to lead 14-17 in the 10th minute. SLUC held on for most of the second quarter, Monaco only passing in front for a few moments (39-36), and the Lorraine region finally reached half-time leading 39-40. The Roca Team came back in front in the third quarter but only took a four-point lead, and the Nancy doubled it again (59-63, 30th). But Monaco’s experience and talent made the difference in the final quarter. Monaco regained the lead from 73-71 and never let go, even though Nancy competed until the end, before finally losing by four points. We can talk about an encouraging defeat for Sylvain Lauthié’s men, who were able to count on Caleb Walker’s 25 points and 5 rebounds. Opposite, Monaco won this “straggler” match thanks in particular to 19 points and 6 assists from Elie Okobo. Place now in the Euroleague, then the trip to ASVEL next Sunday!

Dani Alves, the chilling story of his alleged victim

It's fire for the premiere of Ronaldo! (video)