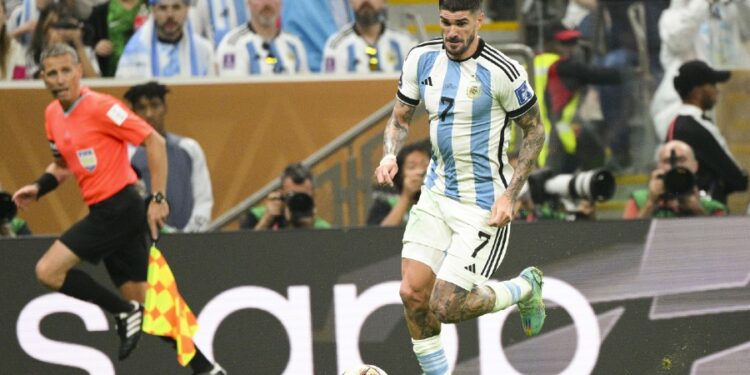 Taken in dislike by the supporters of Atlético de Madrid, Rodrigo de Paul suffered a new bronca on Saturday evening.

Decidedly, times are always difficult for Rodrigo de Paul. While Antoine Griezmann was sparkling in Atlético de Madrd’s victory against Valladolid (3-0), the Argentinian midfielder had a much more complicated evening.

Rodrigo de Paul was heavily whistled when he entered the game, in the 64th minute, for his first match at Civitas Metropolitano since the World Cup. This is confirmed, the former Udinese player was taken in dislike by his own supporters.

😰 De Paul played his first minutes at the Cívitas Metropolitano after returning from the World Cup… and got a loud whistle from his fans. pic.twitter.com/GWR4awhGGP

When the three Argentinian world champions came to greet the public at the Metropolitano at the end of December, De Paul had already been whistled, just like Nahuel Molina, only Angel Correa escaping the grievances of Colchoneros fans. What are they accused of? To have displayed a very different level of commitment and level of play with Argentina, when they are not really convincing with their club.

For De Paul, there had also been a history of injury, which delayed his return, and which went down badly with Madrid fans. The proof with this broadside of whistles, this “pitada”, while the score of 3-0 could have calmed the atmosphere. For Rodrigo de Paul, if we add a tricky divorcethe weeks following the World Cup were not so simple…