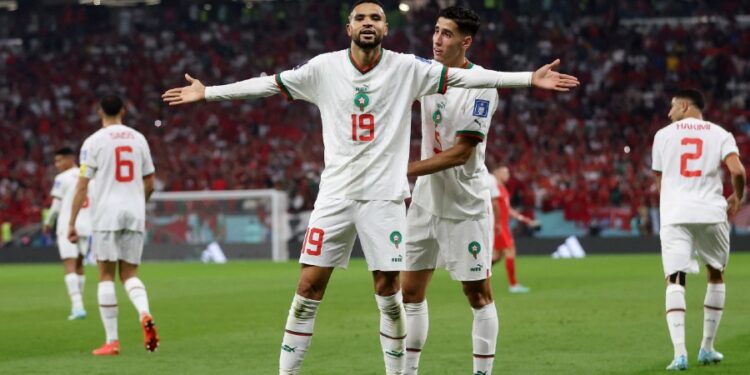 The Aiglons would have made good progress on the recruitment of Youssef En-Nesyri.


It will move in attack on the side of OGC Nice. While Andy Delort wants to go to Nantes, the Aiglons have pushed hard to recruit Terem Moffi. But seeing that the negotiations were difficult with Lorient, the leaders of the Riviera explored another track, that leading to Youssef En-Nesyri.

According to Foot Mercato, OGC Nice has even already reached an agreement with the Moroccan international, decisive scorer for the Atlas Lions in the World Cup quarter-final against Portugal (1-0). All that remains is to come to an agreement with Sevilla FC, which should be doable. Jorge Sampaoli would agree to sell his center forward, who has not scored since the start of the La Liga season.

Jorge Sampaoli does not like Youssef En-Nesyri’s profile and agrees to part with him. Seville need the money and won’t be too demanding with Nice.

Youssef En-Nesyri has already agreed with Nice and wants to join Ligue 1. https://t.co/7kn6BAfCBr

Caution, however, En-Nesyri started on Saturday night in Sevilla’s victory against Cadiz (1-0). He played 78 minutes before giving way to Rafa Mir.

Mercato OL: We will Lead on the start

Mercato OL: We will Lead on the start