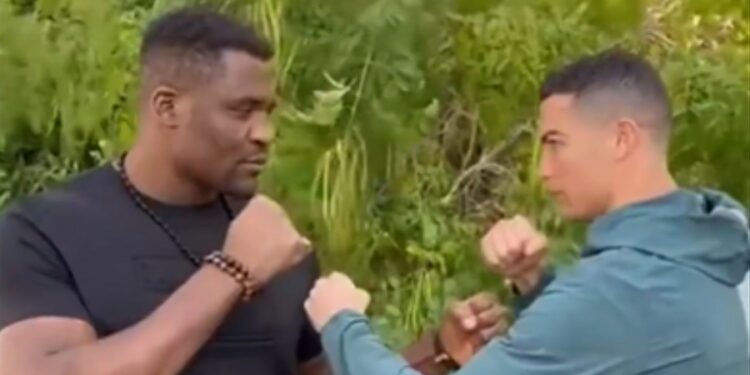 New player of the Saudi club of Al Nassr, Cristiano Ronaldo rubbed shoulders with the mountain Francis Ngannou this Sunday.

In a video relayed on social networks, we discover CR7 literally challenging the Franco-Cameroonian MMA champion, in combat posture.

An improvised scene for photographers, played by two monsters who respect each other deeply. ” I was delighted to meet the world champion Francis Ngannou », said the Portuguese goal scorer. « It was very nice to chat with the GOAT. Very inspiring “added the fighter.