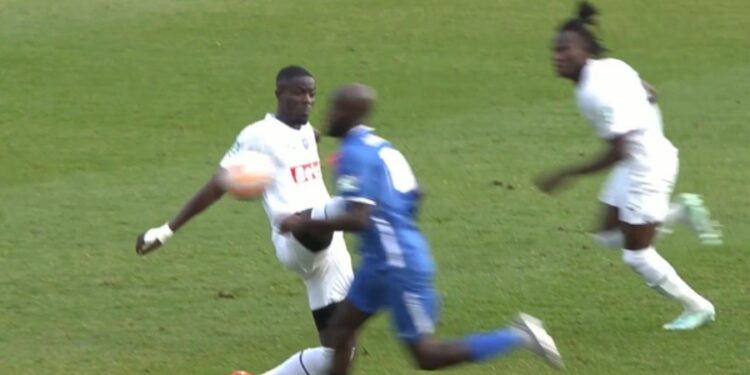 Dried out by Eric Bailly during the 32nd final of the Coupe de France between Hyères and OM, Almike Moussa N’Diaye is slowly recovering from his injuries.

« My wounds are still raw to this day, especially in the liver and ribs. I recover slowly. It’s not easy mentally but I’m hanging on thanks to the support of those around me. “Still unable to this day to express himself orally without pain, Almike Moussa N’Diaye confided in writing to RMC, this Saturday, two weeks after the shock with the defender of the OM Eric Bailly which earned him a passage through the intensive care unit of the North hospital in Marseille.

« The shock and the minutes that followed were traumatic, it’s true. The following days were also emotionally trying. It was an important game and season in my career, with high stakessaid the Hyères FC player, who does not yet see the end of the tunnel. I had 30 days of ITT (temporary incapacity for work) as a result of my liver, kidney and rib injuries. So far, I have not resumed any physical activity. The doctors recommend a recovery not before two to three months, but it will depend on the evolution of my state of health. It’s the hardest part for me: being away from the field without knowing when I can resume. »

Despite everything, the Varois assures that he does not blame his Marseille counterpart, who this week received seven suspension matches from the FFF Disciplinary Committee. ” Eric Bailly came to visit me at the hospital. I felt him very touched and he greatly apologized for his gesture. This allowed us to discuss and since then he also regularly hears from me. Admittedly, the shock was brutal and the injuries are heavy, but I don’t blame him at all, because I am convinced that he had no intention of hurting me. Injuries are part of the job and every footballer must accept them. »

As for the sentence pronounced against the Ivorian defender, Almike Moussa N’Diaye prefers not to dwell on it. ” I can not give my opinion on the sanction taken, because it is not my responsibility to judge. This was surely decided on the basis of my injuries. »

Irina Shayk and Pique, the meeting that makes people talk