Liverpool’s surprise line-up for the Clash of Fear 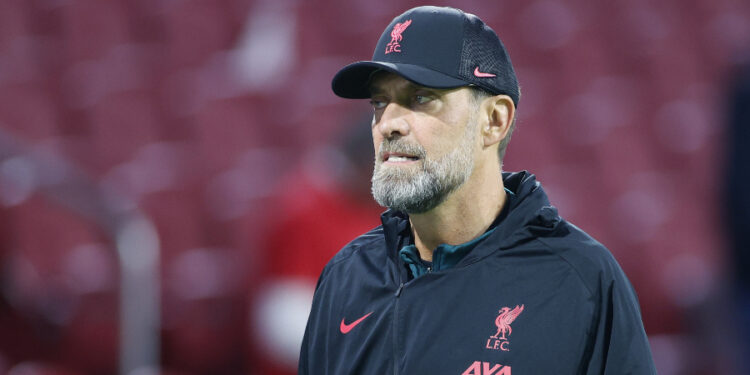 Discover the starting eleven of the Premier League meeting between Liverpool and Chelsea, this Saturday noon at Anfield.

Tied for 9th place in the Premier League with the same number of points, Liverpool et Chelsea compete at the opening of the 21st day, this Saturday noon (1:30 p.m. in France, live on Canal + Foot), on the side of Anfield. A shock that could make a big loser, because the two teams are 10 points behind the top 4!

Trent sent to the bench

Jürgen Klopp has decided to shake up his team for the arrival of the Blues. In the absence of Virgil van Dijk, the French international Ibrahima Konaté is associated with Joe Gomez and not Joël Matip in hinge. Trent Alexander Arnold, Fabinho, Jordan Henderson, Alex Oxlade-Chamberlain and Darwin Nunez are all… on the bench!

Stefan Bajcetic (18), Naby Keïta and Thiago Alcantara are thus aligned in the midfield, while Harvey Elliott and Cody Gakpo accompany Mohamed Salah within the attacking trio.

Chelsea coach Graham Potter has fewer surprises in store. Benoît Badiashile and Thiago Silva are associated in central defense at the expense of Kalidou Koulibaly. Hakim Ziyech is lined up from the start, still with Kai Havertz at the forefront. Rookie Mykhailo Mudryk and Pierre-Emerick Aubameyang are the attacking options on the sidelines.