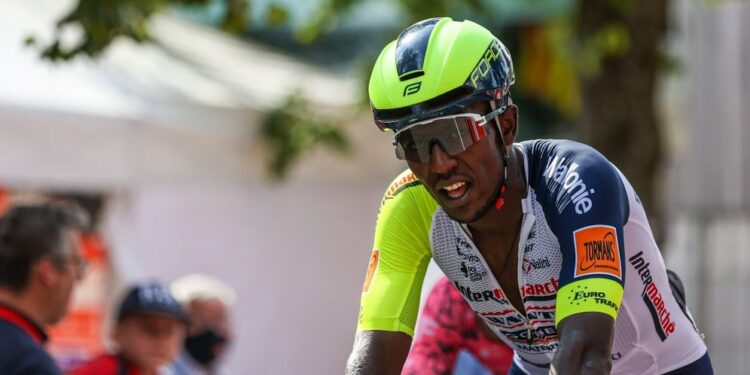 The main lines of Biniam Girmay’s program for the 2023 season are known. The winner of Ghent-Wevelgem with stated ambitions is preparing to compete in his first Tour de France.

The leader of Intermarché-Circus-Wanty, Biniam Girmay (22), will be one of the men to follow in the 2023 peloton. The Eritrean delivered great promises last year and will be expected to confirm. Eritrean Time Trial Champion, he burst the screen in the spring, during Ghent-Wevelgem, by becoming the first African to win a classic World Tour before signing a little more remarkable success on the 10th stage of the Tour of Italy, making it a little more into the story. At the dawn of the curtain raiser for this new exercise, Girmay has set its program in broad outline. This year will be special since it will mark its first participation in the Tour de France, its second presence in a Grand Tour after the Giro 2022. Girmay will present itself in France with one of its major objectives for the year, to win a step.

“I hope to go for stage victories. My priority objective is to win a great classic and a stage on the Tour (of France)”, he confided in remarks reported by the RTBF. If a choice had to be made, the native of Asmara, who will line up with several Monuments such as Milan-Sanremo (March 18) where he finished in 12th position last year, the Tour of Flanders (March 26) and Paris-Roubaix (April 9), is adamant. ” I prefer to win the Tour of Flanders because it’s a big monument. On the Tour de France, if you miss a stage, you can still have other chances. On the other hand, if you fail the Tour of Flanders, you have to wait a year to try your luck again. To see Birnam Girmay’s first pedal strokes in 2023, you will have to have a look at Spain. He will start his season on January 25 on the Mallorca Challenge, in which he already participated last season. By distinguishing himself there in particular by a victory at the Trofeo Alcúdia-Port d’Alcúdia, second of the five rounds of the event.

Liverpool and Chelsea in trouble

Liverpool and Chelsea in trouble