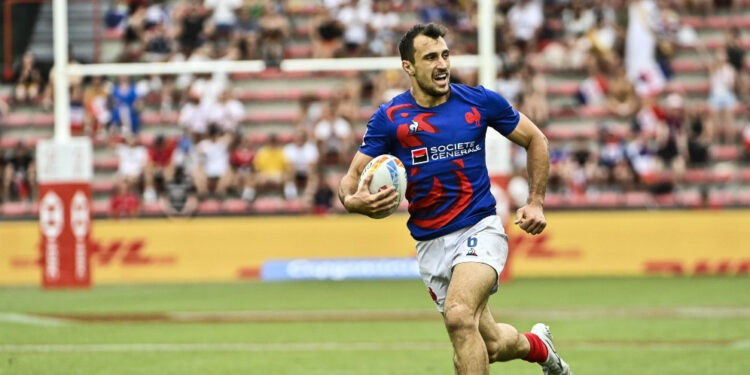 The French men’s and women’s rugby sevens teams qualified overnight from Friday to Saturday for the quarter-finals of the New Zealand stage of the world circuit.

France takes its quarter! The tricolor teams, male and female, will see the quarter-finals of the New Zealand stage of the world rugby sevens circuit, counting for the fourth round of it for men and the third for their female counterparts. Ninth in the last round, in December in South Africa, the Blues obtained their qualification after having their backs to the wall. In Hamilton, they were beaten on their debut Friday night by Fiji (26-10) despite tries from Antoine Zeghdar and Jonathan Laudel. It was no longer necessary to make the slightest false note to join the final phase and it was then that the tricolor machine regained its effectiveness. Paulin Riva and his teammates began a reaction on the night of Friday to Saturday by offering the scalp of Samoa (21-10)winner of the last stage and co-leaders in the general classification. They then chained in two stages in front of Kenya (26-21). In the wake of their brilliant start to the match (14-0), France eased off and saw their opponent pick up (14-14) before heading back out to sea via tries from Nelson Epée and Paulin Riva. With seven points on the clock, the French finish second in their group behind Fiji and will face South Africa at 10:58 p.m. for a place in the last four.

At the same time, the French women’s team also finished their group stage in second position, but the scenario was quite different. They got an unexpected boost to secure their quarter-final presence even before their last and toughest pool match against Australians who are racing ahead with New Zealand in the overall standings.. In the wake of their entry draw against Canada (12-12) and their success against Japan (26-12), the French women welcomed with the greatest surprise the success of the Japanese against their first opponent. A result that qualified them before their last clash. Fortunately, given the slap received against Australia (43-0) in the early morning. Place now in a quarter-final against Ireland, from 10:14 p.m.