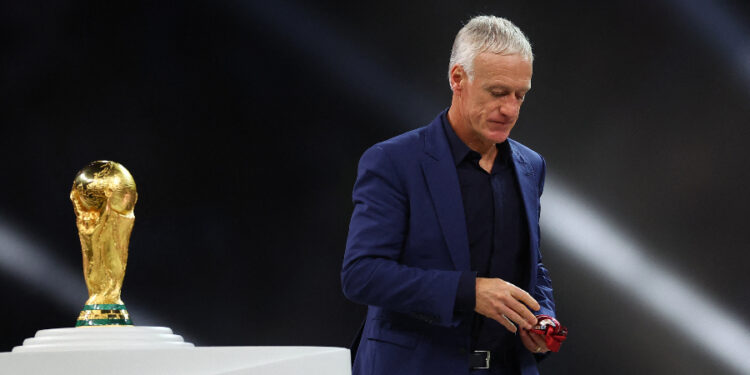 The defeat conceded on penalties by the French team against Argentina in the final of the World Cup could have been avoided if Didier Deschamps was not so fatalistic concerning the penalties.

July 3, 1998. Almost twenty-five years later, you still have to go back to the quarter-final against Italy at the 1998 World Cup to find a French team victorious on penalties. Since then, the Blues have chained three defeats on penalties, including two World Cup finals, in 2006 against Italy (1-1, 5 pens to 4) and last month against Argentina (3-3 , 4 tab to 2).

The troops of Didier Deschamps were not however in uncharted territory since during the last Euro, the Blues had already been eliminated on penalties against Switzerland in the round of 16. However, the staff of the France team did not wish to specifically prepare a possible session in recent days. The failure against the Nati a year earlier did not change Didier Deschamps’s mind, who has always believed that the exercise is akin to a lottery.

I can’t tolerate this

And Hugo Lloris, yet rarely to his advantage in the exercise, seems on the same line as the tricolor coach. “We have ways to improve. Today, with the analysts, we have all the elements. But there is an element of randomness while the shooters are able to shoot anywhere, he further explained during the World Cup. We can put things in place and something else can happen. There is a part of instinct and feeling too. Some goalkeepers excel more than others, they have their little secrets. But we have enough time to finish before that. »

A position that makes Christophe Lollichon, former goalkeeper coach at Chelsea, jump. “Personally, I cannot tolerate this, he was indignant in After Foot, on RMC. Penalties, you have to be successful, but penalties have to be worked on, you have to prepare, you have to analyze, and you can even push the vice by analyzing the routines of the opposing goalkeeper. I always cite the same example – you may have heard me say this: we won a Champions League with Chelsea in 2012 with Petr Cech. We had 6 penalties against us, 5 during the series and one during extra time. Petr Cech started 6 times on the right side and deflected 3. I had analyzed all Bayern Munich penalties from 2007 to 2012. I had 31 penalty minutes! I spent nights. I had 15 points of analysis. And I was lucky to have a goalkeeper like Petr Cech who is a computer on legs and who remembers everything…”