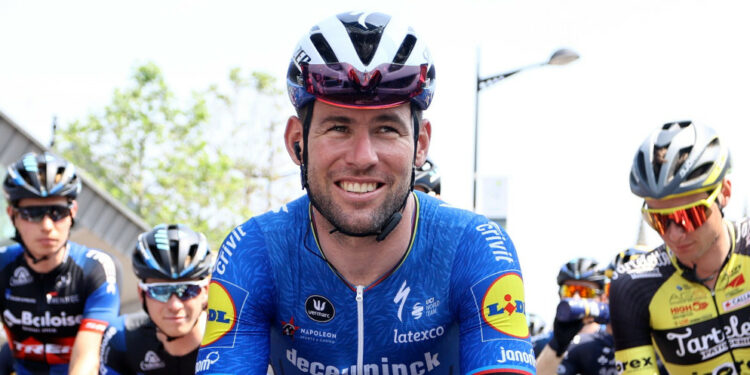 While the fiasco of the project led by Jérôme Pineau put him in uncertainty, Mark Cavendish assured that the arguments put forward by Alexandre Vinokourov were decisive in his arrival at Astana Qazaqstan.

Mark Cavendish now knows what his future will be like in 2023. Announced as the figurehead of the project led by Jéröme Pineau in connection with the City of Paris, the British sprinter will finally wear the colors of the Astana Qazaqstan team this season. ” Alexandre Vinokourov called me in December, once the Paris project was overconfided in an interview with the daily The team the one who shares with Eddy Merckx the record for stage victories in the Tour de France. I had a few options in the fall, but obviously some weren’t necessarily relevant anymore because I had signed up with Paris. For the native of the Isle of Man, it was the “really optimistic” speech of the former Olympic champion that made the difference when choosing a destination. ” There was nothing to negotiate, it was super easy. I wouldn’t have to prove myself or ‘qualify’ for anything, he added. The hardest thing for me in recent years has been not winning, or not having the opportunity to do so. There he set goals with me and that was really refreshing. We agreed. »

Mark is ready for his first training ride with the team in Altea, Spain#AstanaQazaqstanTeam #AstanaIsMyTeam pic.twitter.com/X8umAMFR4y

Cavendish has the Tour de France in mind

Mark Cavendish does not hide it, the prospect of participating in the next Tour de France is at the heart of his commitment with the Astana Qazaqstan team. ” I based my whole career on the Tour, it gave me the magnificent career that I havesaid the Briton. I love racing it so if I can be there again… “As for the idea of ​​retiring if he manages to overtake Eddy Merckx in the history of the Grande Boucle, nothing is decided. Asked about the fiasco of the project desired by Jérôme Pineau, Mark Cavendish confided that it “would not be fair” on his part to comment on this situation. ” I got involved in this project and it didn’t go as I hoped. Jérôme Pineau was one of the most loyal and hard-working team members I have known, he reminded us. I don’t know what happened, but I’m sure he spent sleepless nights trying to make it work. The rest I don’t think I’m qualified to judge. At Astana Qazaqstan, Mark Cavendish intends to win again, but not only. ” I also like working with the other guys, teaching the art of sprinting “, he added.