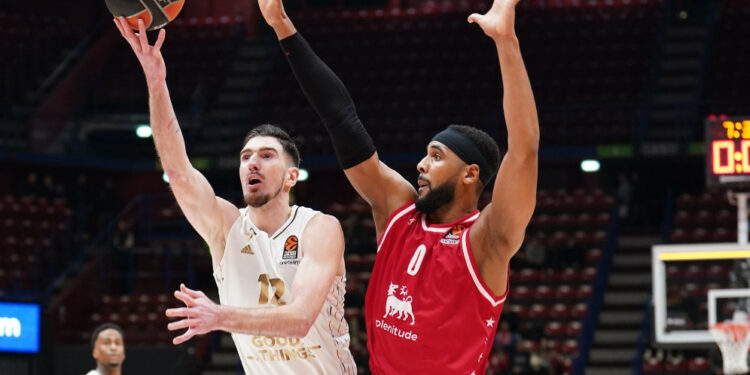 After five defeats in a row in the Euroleague, ASVEL raised their heads this Friday during the 20th day by winning (79-73) on the floor of the Olimpia Milan of Timothé Luwawu-Cabarrot, last in the standings. The Villeurbannais had not yet won in 2023.

ASVEL launches its year. Six defeats, including four in the Euroleague. Since the start of 2023, ASVEL has accumulated defeats. And before going to the floor of another poorly ranked, Olimpia Milan, this Friday during the 20th day, the Villeurbannais remained on six losses in a row in all competitions and five in a row in the European Cup. The last victory of the players of TJ Parker, who can almost count them on the fingers of one hand, dated from December 15, when Olympiakos came. We had to go back even further in time to find traces of the last success away from ASVEL, author of a real feat in Barcelona on December 9th. Winning in Milan is not really one. However, it had to be done, especially since the Italians, last in the standings, did not want to hear of another defeat (the fourth in a row) before receiving the triple champions of France.

And ASVEL did it, thanks in particular to a very good end to the match (22-16), echoing the first half of the Villeurbannais, very successful too (19-17 after the first quarter , 42-37 for ASVEL at the break). In reality, our representatives only trembled when they returned from the locker room when Milan, carried by Brandon Davies (26 points) and also led by the Frenchman Timothé Luwawu-Cabarrot, author of a very serious match too (16 points, 8 rebounds, 2 assists), completely restarted the game (20-15 in the third quarter). Not enough, however, to calm the ardor of the visitors and the tandem Nando De Colo (13 points) – Jonah Mathews (17 points, 5 assists) who had already been very close to bringing down Boulogne-Levallois and Victor Wembanyama in their room on January 9 last and also hurt the Milanese very badly on Friday. With the big difference that this time, ASVEL won. And for the first time this year. The Villeurbannais, now 15th in the standings, can breathe. Especially since three big meetings (Fenerbahçe in the Euroleague, Paris at the Accor Arena and Monaco in the league) are looming for Tony Parker’s protégés.