A Sabalenka-Bencic shock in the eighth 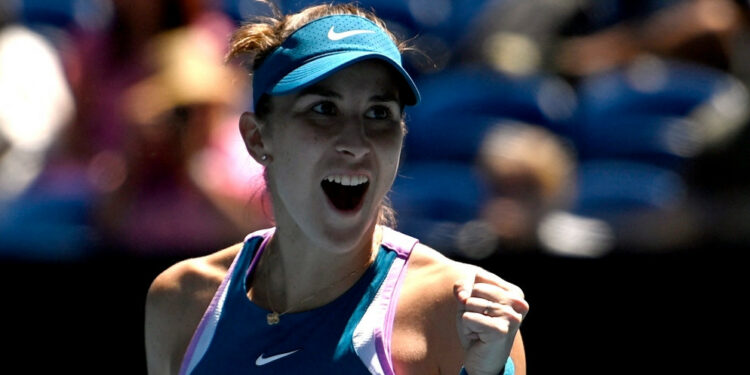 At the bottom end of the Australian Open draw, Caroline Garcia, Aryna Sabalenka and Belinda Bencic will face off in the round of 16 after their respective wins in straight sets in the third round.

No surprise during the first part of the day on Saturday in the Australian Open women’s draw! All the big seeds in the program qualified for the round of 16. Starting with world No. 5 Aryna Sabalenka, in great shape since the start of the season. The Belarusian got rid of Elise Mertens (32nd) 6-2, 6-3 in 1h14. Faced with this opponent, whom she had already beaten six out of eight times, the winner of the Adelaide tournament won the first set by breaking at 2-1 and 5-2 and the second thanks to a decisive break at 4-3. Author of only four double faults, her big problem last season, Sabalenka continues to impress and is a favorite in the lower part of the table with Caroline Garcia. But before seeing further, the Belarusian will have to get rid of Belinda Bencic. The world No. 10 also qualified, taking the best of Camila Giorgi (70th), who has not beaten her since 2015: 6-2, 7-5 in 1h40. The Olympic champion broke at 1-1 and 4-2 to win the first set, then managed to unbreak when the Italian had taken her serve at 5-4 in the second, and concluded with a shutout. Bencic and Sabalenka haven’t faced each other since 2019.

Also note the qualification of seeded No. 30 Karolina Pliskova, who has only 250 points to defend by Roland-Garros due to her arm injury from last season, and whose ranking does not reflect -not be the current level. The Czech eliminated the Russian Varvara Gracheva 6-4, 6-2 in 1h17 by serving 6 aces and without having the slightest break point to defend. She will face the Chinese Shuai Zhang, 22nd in the world, who defeated the American Katie Volynets 6-3, 6-2 in 1h04, with 80% of first serves and no break conceded.