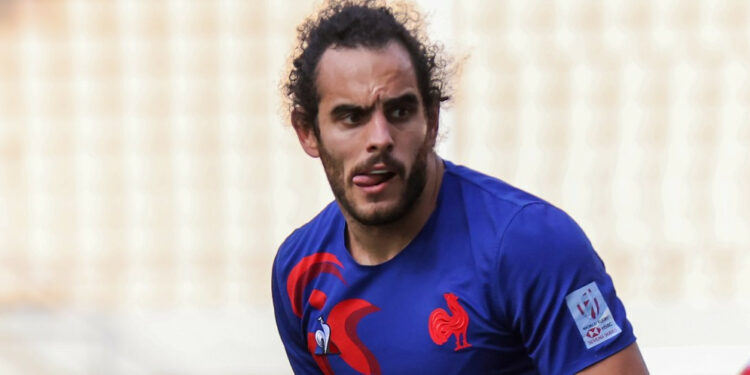 While the Blues were eclipsed by Ireland in the quarter-finals of the women’s draw in Hamilton, the Blues got the better of South Africa and will play the last four of the New Zealand leg of the World Tour 7s rugby.

After taking fifth place in Cape Town at the end of 2022, the Blues will not do better in Hamilton. Second in their group this Friday with a victory, a draw and a heavy defeat against Australia to conclude, David Courteix’s players started their day on Sunday in New Zealand with a quarter-final against Ireland. And all did not go well for the Olympic vice-champions. A try from Beibhinn Parsons from the first minute threw a chill that Amee Leigh Murphy Crowe confirmed shortly before half-time. Megan Burns then the double of Beibhinn Parsons sealed the fate of the meeting. The try at the very end of the match signed Séraphine Okemba only saved the honor of the Bleues. After this defeat (7-24), the French team will start its journey towards fifth place with a meeting against Japan, which fell to New Zealand (43-12).

👉 They will play against New Zealand or Ireland for the rest of the competition! 🤩 pic.twitter.com/wqrUMcaX3L

The Blues in the running for the podium

Ninth in South Africa, the Blues can aim much higher on New Zealand soil. Only beaten by the double Olympic champions Fijians during the group stage, the players of Jérôme Daret played to scare themselves against South Africa during the quarter-finals of the men’s tournament. A meeting that the Blues took the right end with two tries in three minutes. Jonathan Laugel set the tone before Nelson Epée made the break. However, just before the break, Christie Grobbelaar allowed the Blitz Boks to close the gap. After two minutes in the second half, Dalvon Blood gave South Africa an equalizer. It was enough to wake up the Blues and Jonathan Laugel. Thanks to his double, the French team took control then Varian Pasquet sealed the fate of the meeting. Shaun Williams then allowed the Boks to fail five points behind the Habs (17-22). New Zealand or Ireland will be on their way to the last four.