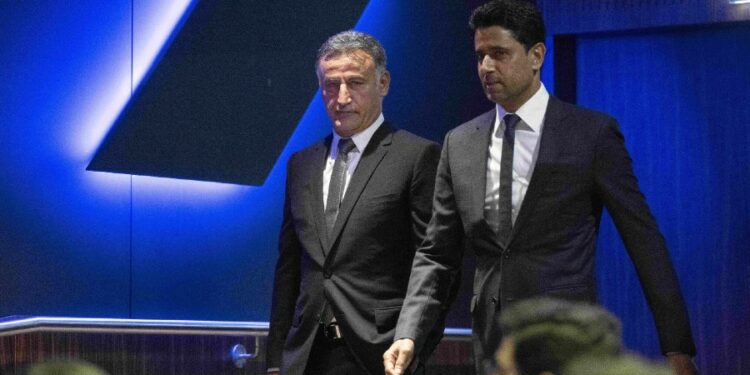 In search of a major central defender, Paris Saint-Germain has reached an agreement with Milan Skriniar. At the end of the contract, the Inter player will arrive next summer at the latest.

Milan Skriniar at PSG, it’s well and truly off again! Last summer’s soap opera, the arrival of the Slovak defender in Paris seems to be on the right track again.

According to Le Parisien, the 27-year-old does not intend to extend his contract with Inter Milan. Better, according to L’Equipe, Milan Skriniar has even given his agreement to PSG for an arrival next summer. Nothing is signed but it is an oral promise. “Barring an improbable reversal of the situation, Skriniar will therefore be a Paris player in a few months”assures L’Equipe.

Milan Skriniar could even arrive much earlier. It is indeed possible that Inter Milan, seeing the definitive refusal of his player to extend, resolves to sell him to PSG this winter. In 2022, the Nerazzurri had rejected a proposal of 55 million euros from Paris. Still according to L’Equipe, PSG, which does not rule out the possibility of recovering Skriniar in January, could offer between 10 and 15 million euros.

A good economy is looming for PSG from this point of view, even if the capital club has (also) bet on its financial arguments to convince the player. Journalist Abdellah Boulma mentions a salary of 9.5 million euros, and a signing bonus of 25 million euros desired by the Slovak defender.

Milan #Skriniar 🇸🇰 made his expectations known to Paris Saint-Germain:
To reach the capital, the Slovak international demands
25 million signing bonus and a salary of 9.5 M/year