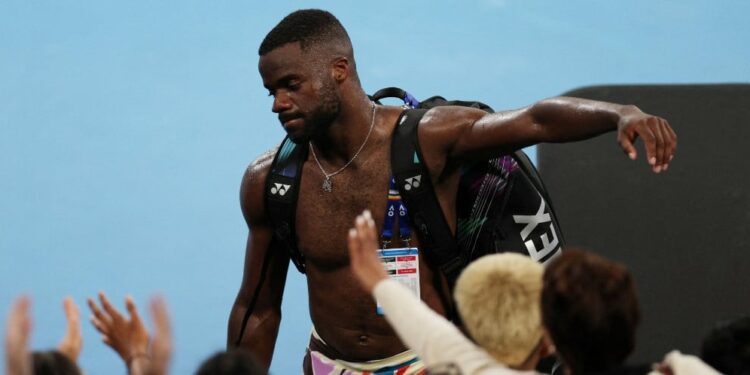 World No. 17 and 22, Frances Tiafoe and Denis Shapovalov, were eliminated in the third round of the Australian Open on Friday by Karen Khachanov and Hubert Kurkacz respectively.

Outsiders of the tournament, Frances Tiafoe and Denis Shapovalov will not even see the second week of the Australian Open! The American, seeded No. 16, and the Canadian, seeded No. 20, were eliminated by respectively Karen Khachanov in four sets and Hubert Hurkacz in five sets. Already eliminated twice at Wimbledon by the Russian, Tiafoe again suffered the law of the world No. 20 in the Grand Slam, who won 6-3, 6-4, 3-6, 7-6 in 3h32 of play. Both players served a lot of aces (20 for Khachanov, 15 for Tiafoe), but that didn’t prevent them from losing their face-off several times. An early break allowed the Russian to pocket the first set, then another at 3-3 allowed him to win the second. But Tiafoe eventually woke up and won the third set with a 2-1 break. The American will be able to harbor regrets, because the fourth set could have turned in his favor. He indeed led 6-1 in the tie-break and missed six set points, before finally losing 11-9. US Open semi-finalist four months ago, Frances Tiafoe falls from the top, as Khachanov (who was also in the last four in New York) will see the second week in Melbourne for the first time, with a big blow to play against the 33rd world Yoshihito Nishioka, who defeated Mackenzie McDonald in three sets, who had eliminated Rafael Nadal on Wednesday.

Quarter-finalist last year in Melbourne, Denis Shapovalov will not repeat his performance in 2023, after his defeat 7-6, 6-4, 1-6, 4-6, 6-3 in 3:39 against the world No. , Hubert Hurkacz. As in the match between Tiafoe and Khachanov, the two players served a lot of aces (36 between them) but often lost their serve (13 breaks). The first set was rich in twists, with the Pole who led 3-0, then saw the Canadian serve to win the set at 5-4, and it was finally Hurkacz who won the tie-break 7 -3. Led 2-0 in the second set, the world No. 11 reversed the situation, with a decisive break at 4-3 to lead two sets to zero. But “Shapo” did not say his last word and unrolled in the third set (two breaks), before equalizing with two sets everywhere thanks to a break at 1-1 in the fourth. Everything was decided in the last set, where Hurkacz broke at 3-2, then saved four break points before concluding on his first match point. For the third time in his career, he will be in the round of 16 in the Grand Slam. Next opponent: Sebastian Korda or Daniil Medvedev.