Ogier on his way 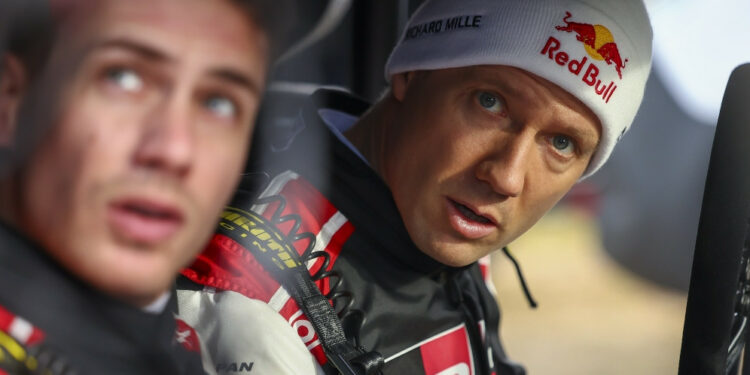 At the end of the second day of the Monte-Carlo rally, Sébastien Ogier (Toyota) is still in command, 36 seconds ahead of his teammate Kalle Rovanperä, reigning world champion. Thierry Neuville (Hyundai), 3rd, follows nearly 38 seconds behind the Frenchman, on track to sign the event’s record for victories.

After two days, the record mission is taking shape for Sébastien Ogier (Toyota). Already in the lead at the end of the first two specials, contested on Thursday during the legendary “Turini night”, the French driver, who had already won the Monte-Carlo rally eight times, still occupies the helm of the provisional classification of this first meeting. you of the season at the end of the six specials of this 2nd day of racing on the Rock. On the heels of his cannon start on Thursday evening, at night, the eight-time world champion, who to this day still shares the record for victories in Monte-Carlo with Sébastien Loeb, winner last year but absent during this edition , left only crumbs to its competitors. Thus, the Gapençais, who had signed the first two scratch times on Thursday, added four more (out of the six in play), Friday during a day which also gave rise to a small demonstration by Ogier, decidedly impressive. The Toyota driver has already created gaps which can legitimately allow him to dream of this historic ninth crown when there are only two days of competition left and Saturday will offer two sessions of three specials.

Record in sight for Ogier?

The eight-star man in the WRC, a category from which he has distanced himself for two years by only deciding to participate in certain rounds but no longer in the world championship as a whole, thus has a 36-second lead on the evening of this 2nd day on his runner-up and at the same time teammate Kalle Rovanperä, the young Finnish champion in title, and nearly 38 (37”9) on the third, the Belgian Thierry Neuville, who completes for the moment this podium whose highest march seems promised for the moment to an imperial Ogier since the kick-off of this inaugural event. “I am very satisfied. Obviously the risk of a puncture was higher in this one, so I took it a bit easy. I’m just happy to bring the car home tonight (Friday)”, is content to analyze very modestly for the moment the eight-time winner in Monte-Carlo. However, he could very quickly put the champagne in the fridge.

A sex scene in the middle of the Monte-Carlo rally

The line-ups of the OM-Rennes shock!

The line-ups of the OM-Rennes shock!