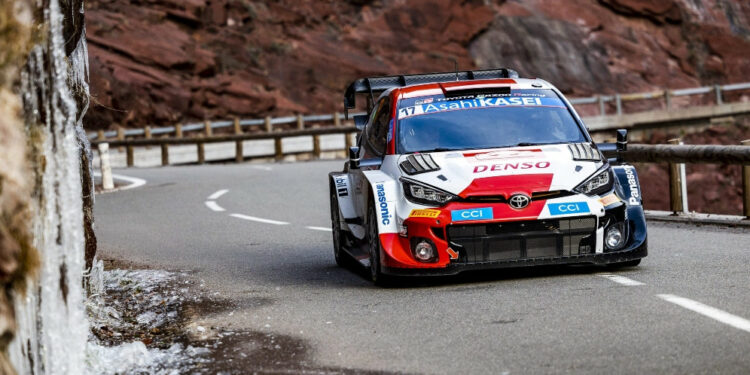 Sébastien Ogier is still leading the Monte-Carlo rally at midday on Friday, having won three new stages. The French driver is clearly above the lot!

There is Sébastien Ogier and the others at the start of the Monte-Carlo rally! Already winner of the first two specials on Thursday evening, the part-time driver (he will only compete in a few rallies this season, like last year) won the three on the morning program this Friday! In winter conditions (wet road, -7°C in the air), the Toyota driver saw his lead over his runner-up go from six to 32 seconds at the end of these three morning specials. The riders had made different tire choices, and many complained at the finish. This is not the case for Sébastien Ogier who complained about his hybrid system which let him down during SS4. The 39-year-old Gapençais then chose to go all out, and it paid off.

Rovanperä at fault, puncture for Ogier

At midday, he was 32 seconds ahead of Thierry Neuville and 34 over world champion Kalle Rovanperä, who had the same car as him but was struggling to compete. The Finn also slightly damaged his Toyota by going a bit wide on SS5 and hitting a barrier. Elfyn Evans, the other driver of the Japanese team, is only fifth, after a puncture in SS5 which caused him to lose more than 40 seconds. The second best Frenchman is Pierre-Louis Loubet, but the Ford driver is only in ninth place, 2’31 behind his compatriot, after having encountered a mechanical problem. In the afternoon, three new specials will be on the programme. For a new Ogier festival?