Mahrez is in great shape! 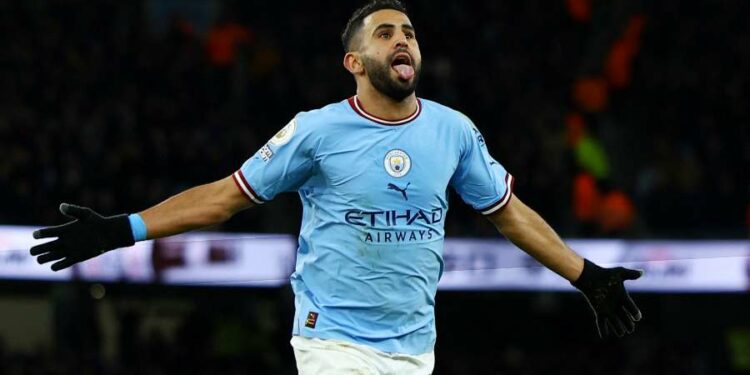 Author of a double, Thursday, against Tottenham, Riyad Mahrez panics the counters.


Manchester City have been struggling since the start of the year. Eliminated in the quarter-finals of the League Cup by Southampton last week and beaten by Manchester United on Sunday, the Citizens came close to a new disappointment on Thursday against Tottenham.

Led 2-0 at the break, the Mancunians recovered after the break and finally won 4-2 at the Etihad Stadium. A victory that owes a lot to Riyad Mahrez, author of a double.

The Algerian international is the man in form on the Citizens side. The former Le Havre is indeed involved in no less than ten goals in his last nine matches with City thanks to eight goals and two assists.