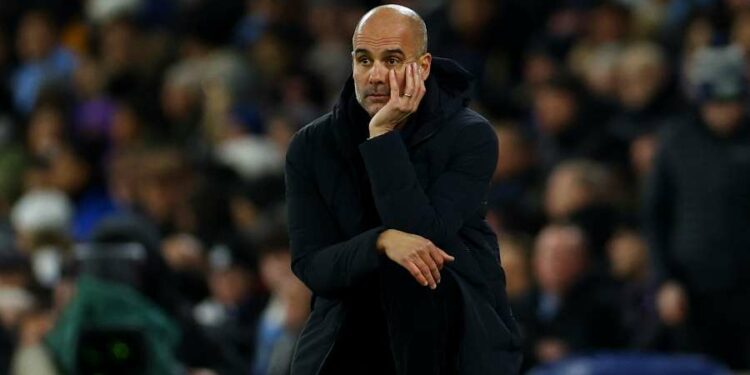 Despite the stunning victory clinched by his troops, Pep Guardiola was angry after the game against Spurs.


Manchester City got away with a scare on Thursday against Tottenham. Leaving the League Cup eight days earlier and defeated by neighbors United last weekend, the Citizens found themselves 2-0 at the break. The fault of two goals conceded in quick succession just before going to the locker room.

The defending champions nevertheless reacted quickly, with Julian Alvarez, Erling Haaland and then Riyad Mahrez scoring three goals in just over ten minutes at the start of the second half. In the end, Manchester City won 4-2 and put pressure on Arsenal, who still have a five-point lead despite one game less.

I don’t recognize my team

However, Pep Guardiola had it bad at the end of the meeting, castigating his players as well as the supporters present at the Etihad Stadium. “There was a lack of courage, passion, fire, desire to win from the first minute. It’s the same for the fans, they are silent for 45 minutes. I want my fans to come back, he thus fumed at the microphone of Sky Sport. We have an opponent who is Arsenal who are on fire with two decades without winning the Premier League. I explain the reality, everything is so comfortable at City but the opponents don’t wait. I don’t recognize my team, before they had the passion and the desire to race. »

“I don’t recognize my team, they had the passion and the desire to race, today they no longer have it. We are far from the team we had in previous seasons. Do you think this comeback will happen every time? This will not be the case. We are far, very far from being able to compete at the highest level. Today we were lucky, he continued. If we want to win something or compete, we have to change, because complaining, complaining, complaining, complaining, we will have no chance of winning anything. Do you think we will close the gap with Arsenal the way we play? We have no chance. It’s not just the staff, or the players, it’s everyone. We are a nice team. I don’t want to be a nice team, I want to beat Arsenal. If we play this way, Arsenal will destroy us. I want a reaction from the whole club, from the whole organization, not just from the players. »

Mahrez is in great shape!