France-Argentina: The revelations of Paredes 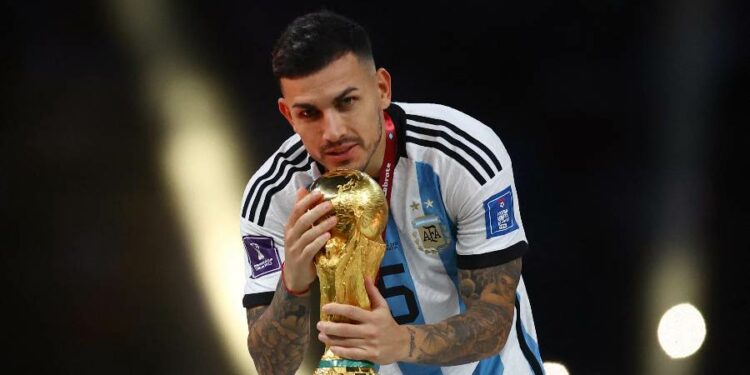 Still on cloud nine a month after the Albiceleste’s coronation in Qatar, Leandro Paredes told Argentinian television the night before the shock against Didier Deschamps’ men.


Leandro Paredes has not turned the page. A month after Argentina’s victory over France in the World Cup final, the Argentinian midfielder still has his head in the stars. The former Parisian also takes care to prolong the pleasure as he told it in front of the cameras of TyC Sports. The Turinese indeed watches images of the final almost daily.

“I see the final almost every night. I always try to watch the important parts of the game. Stopping “Dibu” (Martinez) at the last minute (in front of Randal Kolo Muani, editor’s note), is what gave us the World Cup, because if they score a goal for us at that time, the match stop “said the one who had transformed the third shot on goal Argentine.

We knew it was impossible for us to lose

The Juventus player also spoke of the Argentinian evening on the eve of the final meeting against the Blues. “There is a very good and very beautiful anecdote of that night, did he start. We almost always did the same thing: after dinner, we met to play cards, then we went to bed around 1 am. When we finished doing what we always do, with Gio Lo Celso and Rodri De Paul, we decided to go to the equipment room to see if there were any teammates or stewards left and there was no one there. . »

“The three of us then sat down in an armchair, he continued. We put on some music, Gio lit a candle and said, ‘Let’s make a wish. The wish of all three was surely the same and after that, we knew it was impossible for us to lose this final. »