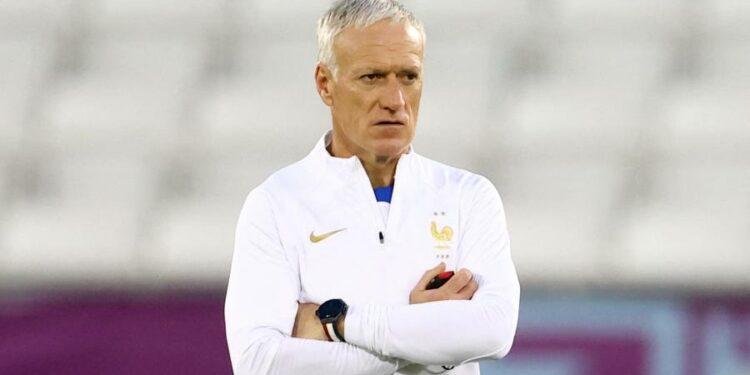 Zinedine Zidane is not the first 1998 world champion with whom Didier Deschamps is cold. If Christophe Dugarry is obviously the most emblematic case, the tricolor coach had already been torn with Laurent Blanc.

For many, the words of Didier Deschamps are understatement since there is much more than a simple sporting rivalry between the two men. Former teammates in the France team but also at Juventus, the two world champions are cold. But the native of Marseille is not the first member of France 98 with whom the former captain of the Blues is angry.

The best example of these clashes with a former teammate of the France team obviously has the name Christophe Dugarry. By the very admission of Bixente Lizarazu, the two men are irreconcilable. Consequence of the very harsh criticism of the former Bordelais on the tricolor coach. But before Christophe Dugarry was not the first ex with whom Didier Deschamps was cold.

In 2012, the arrival of the Bayonnais at the head of the France team did not go smoothly, causing a quarrel between the current coach of the Blues and his predecessor, Laurent Blanc. While the Cévennes emerged somewhat weakened from a Euro 2012 marked by an inglorious elimination in the quarter-finals and repeated controversies because of Samir Nasri and Hatem Ben Arfa, its former captain in the France team resigned from his post as coach of Olympique de Marseille.

Less than a week later, when Laurent Blanc, at the end of his contract, had just given up asking to continue the adventure on the tricolor bench, Didier Deschamps was inducted as coach. The timing is clearly not to the former centre-back’s liking. “When, at some point, you think someone is mad at you, you think they might have reason to be mad at you, right? », he thus confided a few months later in the press, adding: “We will not spend our holidays together. There are coincidences that are hard to explain. »

“Since he became coach, I have never had him on the phone. We had a match together, but it was not the place to discuss… And if there is an explanation between Didier Deschamps and me, it will not be done through the media”, he added. The face to face seems to be taking place, without allowing the dispute to be ironed out. “With Laurent, we explained ourselves. It’s more the timing and in particular that I release myself late that made that…, indeed later explained Didier Deschamps. The two events are intertwined. » And DD to defend: “Circumstances can be troubling. But I didn’t calculate anything at all. » An opinion that is not shared by Laurent Blanc.