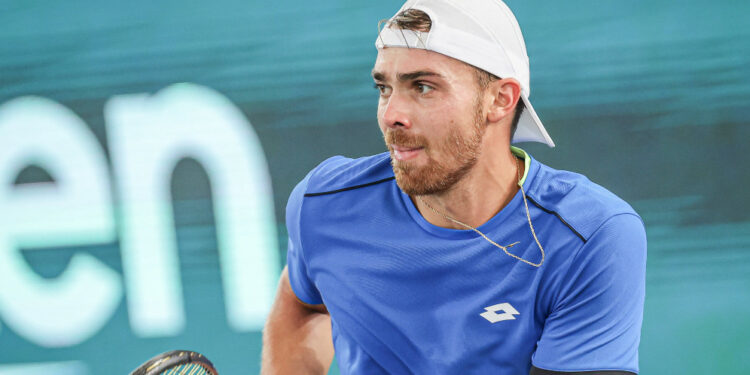 Author of the feat of the day on the French side by managing to overthrow Pablo Carreno Busta after losing the first two sets, Benjamin Bonzi, still in this completely crazy match with an even crazier outcome, did not hide that this victory would have forever something special compared to the previous ones.

Benjamin Bonzi (26) touched the heights and madness to bring down Pablo Carreno Busta after more than four hours of play and five sets (4-6, 4-6, 7-6, 6-1, 7- 6 (4)), Thursday in the 2nd round of the Australian Open. An incredible success which ensures the Gardois to be present in the 3rd round in a Grand Slam tournament for the first time in his career – “I had been waiting for this third round for a long time” – but also to become French number 1 after the tournament, whatever happens to him in the next round, against the Australian Alex De Minaur who beat him in the Davis Cup last season (“He never stops running, he runs everywhere, it’s is unbearable.” Beyond all that, Bonzi, who had played his very first final on the circuit, very recently in Pune (India), wanted to dwell on the feat he had just achieved against the Spaniard, 11th in the world and winner of the Masters 1000 in Montreal last season “It was an incredible match, with this scenario which adds a lot of emotions (…) And this fifth set, frankly no comments, it was phew “, confessed the 48th in the standings, which places this victory obtained in the super tie-break after 4h15 of je u above all. “It’s clearly my best victory”, continued Bonzi, who had been very scared in this last round before winning 10-4 in the super tie-break by letting five match points pass, almost in quick succession. . “I had other things to manage than these five match points. I had to focus on myself and really concentrate physically so as not to let go. I managed to be strong in the head, it feels good. »

“French number 1, it’s anecdotal. There is more after »

Especially since there was a time when this type of match was life and death until the last point, the protege of Lionel Zimbler tended to lose them. “I am very proud to have made this scenario, to have held the emotions and to have gone to seek the match (…) I managed to return all the not good feelings that I had, in the wrong direction, shy, to finish by going to save almost all the important points by myself, that’s what makes me the happiest, “he could therefore savor by insisting again on the fact that this stunning monstrous victory on Thursday is for him. ” The most beautiful “. “More than four hours, winning the super tie-break of the fifth with a first third round in a Grand Slam, until now, it is the most beautiful, clearly. “Hoping for the one who blocked his opponent on all the break points in the last three sets (7 out of 7 saved in the last round, 10 out of 10 in the last three sets) that the adventure will not stop not here. “If I go to number 1 (French), that’s very good, but it’s anecdotal, there’s the rest afterwards”, Bonzi also insisted on remembering before looking into the preparation of his reunion with From Minaur, but this time on Australian land. “Already, I’m going to recover, because the animal has canes! »