Sabalenka rolls out, Kudermetova stops there 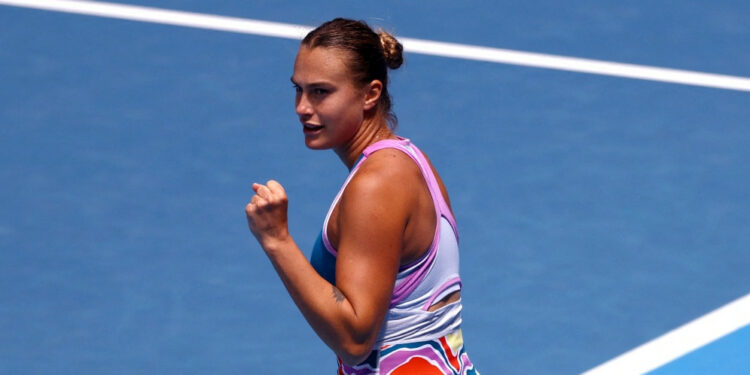 Aryna Sabalenka, one of the big Australian Open underdogs, easily advanced to the third round. The tournament is however already over for Veronika Kudermetova, the world n°9.

Along with Caroline Garcia and Ons Jabeur, she is the toughest player in the low end of the Australian Open table, and Aryna Sabalenka didn’t flinch in her second round. Opposed to the American Shelby Rogers (51st), the Belarusian won 6-3, 6-1 in 1h27 after a solid match, where she did not commit any double faults, a rarity At her place. Broken in her second service game (1-3), Sabalenka did not panic and won the next five games, and therefore the set. In the second, the American won the first game, but lost the next six, and here is the Belarusian in the third round, facing the Belgian Elise Mertens, who fell for another American, Lauren Davis (6-4, 6-3 thanks to seven aces and only one break conceded). Among the other seeds qualified for the third round, we find the Russian Ekaterina Alexandrova (n°19), who beat Taylor Townsend in three sets (1-6, 6-2, 6-3), the Chinese Shuai Zhang (n°23), who beat Petra Martic (6-3, 6-3 without losing her serve), and the Czech Karolina Pliskova (n°30), who got the better of Yulia Putintseva (6-0, 7- 5, notably serving 8 aces).

Bad day for the Russians

Three seeds, however, took the door on Thursday. Starting with world No. 9 Veronika Kudermetova. The Russian was eliminated by American Katie Volynets in three sets: 6-4, 2-6, 6-2 in 2:09 in a match with nine breaks. She is the second player from the Top 10 eliminated, after her compatriot Daria Kasatkina. Another top-seeded Russian took the door, in the person of Liudmila Samsonova (n°18), swept away by Donna Vekic with the score of 6-3, 6-0 in 1h07. In big trouble in 2022 after its very good 2021 season, Anett Kontaveit (No. 16) is no better, and the Estonian was eliminated by the Polish Magda Linette: 3-6, 6-3, 6-4 in 1h52 losing her serve five times.

Lizarazu pinned for his behavior!

Lizarazu pinned for his behavior!