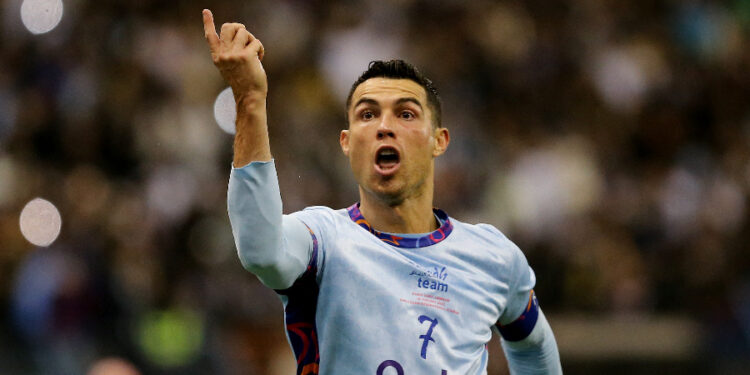 Opposed to PSG this Thursday with a combined selection of players from Al Nassr and Al Hilal, Cristiano Ronaldo took an uppercut in the face.

It was the match expected by all Saudi fans. While Al Nassr offered the services of Cristiano Ronaldo in the wake of the 2022 World Cup, a friendly match was scheduled for Thursday, January 19. Against Paris Saint-Germain, CR7 and a selection of players from Al Nassr and Al Hilal showed up with the ambition to thwart the French club. If Paris quickly opened the scoring through the inevitable Lionel Messi, his most serious opponent in recent years answered him from the penalty spot, not without having suffered a terrible blow.

Cristiano Ronaldo, since it is about him, appeared in the PSG area in the thirty-second minute of play. Coveting an aerial ball, the fivefold Ballon d’Or rose in the sky, but took a lightning uppercut from Keylor Navas, out like a bulldozer to clear the ball with his fist. Falling back to the ground, the Portuguese took time to get up, while the referee indicated the penalty spot.

The left cheekbone very red and swollen, CR7 was still responsible for transforming the sanction to equalize in favor of Riyadh Season. The expected duel was therefore not only between Messi and Ronaldo. Navas, sanctioned with a simple yellow card, did well.