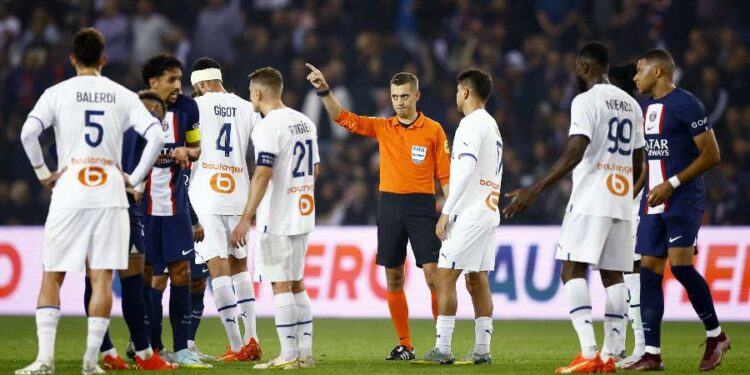 The referees could be authorized to express themselves after the matches like the other actors of the game. Éric Borghini, president of the federal commission of referees (CFA), militates in this direction.


The revolution is on. This is at least the wish of Éric Borghini, president of the federal commission of referees. Passing through Clairefontaine to present his plan for arbitration while Antony Gautier succeeded Pasacal Garibian at the head of French arbitration, the one who is also president of the Mediterranean League and member of the famous executive committee of the French Federation defined certain major orientations during an interview with The team.

“We are also going to move towards a speech by the referees after the matches, he thus explained. They will speak to the press immediately after the match. Before, you have to prepare them, give them training in media training, in crisis communication, to manage serious problems. I told the referees that we had to stop with this opacity. The players go in front of the press, the coaches and the presidents too. We must stop with the old moons that the referee must not speak. We will train them and they will speak. »

And Éric Borghini does not want to stop there. He is also campaigning for referees to have sound systems so that they can hear their discussions with the players during matches. “We are going to work on the sound system, for which we need the authorization of FIFA. We will build a case to get there, like in rugby. We are in favor of a sound system from A to Z, open microphone from the beginning to the end of the match, he explained. To start the experiment, we may be asked to try opening the microphones only on field viewing, when the VAR sends the images. But the goal is to open the mics all the time. We have nothing to hide. We’ve had the soundtracks for several seasons and we know that the referees don’t talk badly to the players. We are absolutely not afraid to work in complete transparency. We understand the match and the refereeing much better when we have access to the dialogue that the referee has with the players and his refereeing team. We need authorizations, but we will go in this direction. »