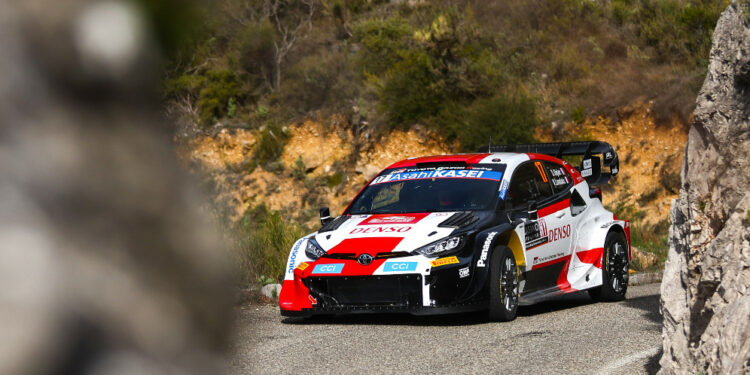 Sébastien Ogier is in charge of the Monte-Carlo rally, which launched the WRC season on Thursday, after the first two specials. The French rider offered himself the scratch two-strokes. Sébastien Loeb, winner last year, is not taking part this year.

Last year, during this traditional Monte-Carlo rally which opens the season in January, Sébastien Loeb emerged victorious in the snatch of a magnificent duel with his compatriot Sébastien Ogier. This year, Loeb, back from the Dakar, is not there. He will therefore not be able to defend his title, and the field seems clear for Ogier this time in the absence of the nine-time WRC world champion. The rest of the weekend will tell if this first round of the season, which started on Thursday, will allow the Gapençais to add another victory to their record. If Ogier follows up on his momentum from this first evening, the organizers can already put his name on the trophy. During the no less famous “night of the (Col du) Turini”, the driver crowned eight times world champion in the premier category before deciding, like Loeb, to move away from the WRC and to line up for only a few rallies. , was indeed the fastest during the two specials on the programme.

Record in sight for Ogier?

Despite the slippery road (on the other hand, it did not snow, as had often been the case during previous editions of the meeting), Ogier, eight times titled in Monte-Carlo and who hopes to become this year the only driver to win nine times in this event (Loeb is also eight), left no chance at the wheel of his Toyota to his competitors. His teammate Elfyn Evan (Toyota) did not finish far. Before SS3, only six seconds separate the first leader from the Welshman. Ott Tänak (M-Sport Ford) completes the provisional podium after these first two stages, but a little further still, at 15″4, the fault in particular of an exit from the road. A misadventure also experienced by Thierry Neuville (Hyundai), relegated to more than 15 seconds already too (15″5) from an intractable Ogier Thursday night. The tone is set.

Barcelona rolls out, Real come back from afar