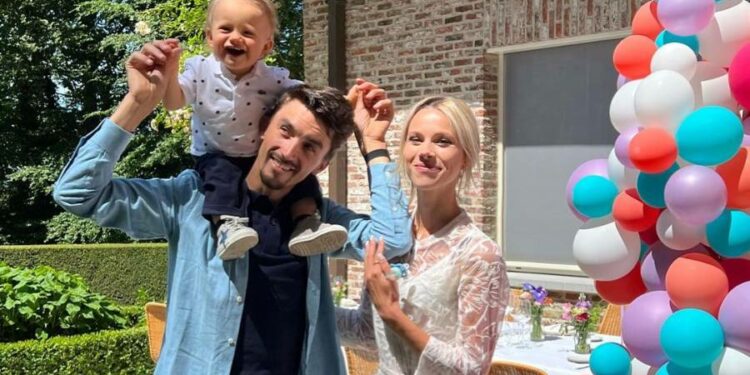 While he had a dark season, marked by serial falls, Julien Alaphilippe was able to find comfort with his family.


Julian Alaphilippe was probably not unhappy with the transition to the new year. The double world champion was already relieved to see the 2022 season come to an end. “I was super happy that it stopped. It was time, ”he said in an interview with L’Equipe. A reference to the black year experienced by the Quick-Step runner, who multiplied the falls and passages through the infirmary box.

After having to give up on the Tour de France following his terrible fall on Liège-Bastogne-Liège, which earned him a broken collarbone, broken ribs and a pneumothorax, the native of Saint-Amand-Montrond also saw his dreams of a hat-trick at the world championships shattered on the Vuelta because of a harmless fall from which he got up with a dislocated shoulder. “Every time I recovered from a glitch, there was something else that happened to me right away”he breathed.

It’s better not to have only the bike in life

“No matter how hard I think, I don’t think I’ve known any real moment of happiness on the bike in 2022”, he continued, adding: “Frankly, I don’t want to talk about it anymore, I’ve had my account. I like to win, I like to attack, not beat myself up. It’s hard to hear about evening only through the falls. » However, not everything has been dark this year, at least outside of cycling.

Julian Alaphilippe was indeed able to recharge his batteries with his family throughout the year. “Luckily I have a strong head and there was Marion (Rousse) and my little one (Nino, a year and a half) with me. When you chain so many galleys, it’s better not to have only the bike in life “he philosophized, ready to see his loved ones less this year.